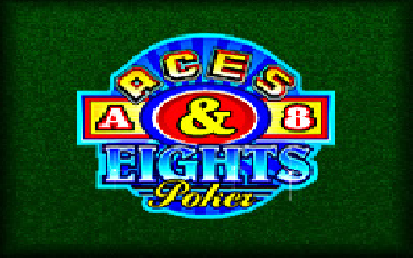 Play Aces And Eights for real with any of the following sites:

Aces and Eights is a pokies game  with  high payouts for Four of a Kind, especially four Aces or four Eights. The game’s payouts are all made for standard poker hands. The top jackpot of 4000 coins can be won by a player who gets a Royal Flush.

This pokies game puts an enjoyable new spin on video poker. While the game generally follows the standard rules of play, Four of a Kind hand combinations will pay out with unexpected generosity. With easy to understand and play this game has laid out graphics and user friendly interface  along with a doubling option for winning players.

The Expert Mode for Aces and Eights is especially interesting for veteran players. This offers an autoplay option and the possibility to review ongoing game statistics.

Aces and Eights is played with one standard 52 playing card deck, with no wilds. The player’s objective is to create the highest ranking possible poker hand, using all his cards. Discarding and drawing as many as 5 cards is allowed. The game is played according to standard video poker rules, with Jacks or better required to get a payout. A Royal Flush wins the 4000 coin jackpot as long as the player has bet the maximum number of coins. If not, he will receive just 1000 coins.