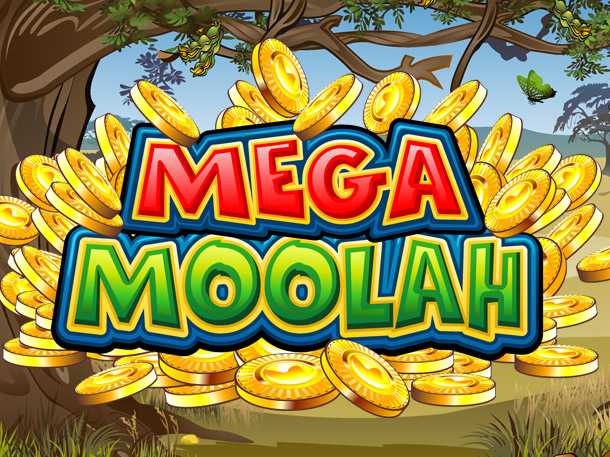 Play Mega Moolah for real with any of the following sites:

Mega Moolah online Pokies is a 5 reels, 25 pay-lines pokies game that revolves around a cartoony tropical jungle, making it an intriguing and adventurous game with lots of excitement and fun. With one of the biggest progressive jackpots in the industry this online pokies is the biggest dream of every online pokies player is to win that one ultimate jackpot that will change his life forever, or even make him a millionaire with just one spin. That is the reason it is called a “Progressive”.

The symbols include lions, antelopes, monkeys, zebras, elephants, water buffalos and giraffes. In addition to these jungle-related symbols, high value playing cards such as Nine, Ten, Jack, Queen, King and Ace can also be seen on the reels.

The minimum coin bet you can place on a single payline is 1p, while the maximum is 5p. This progressive penny pokies allows players to wager a maximum of 125 coins per spin.

You can win free spins in Mega Moolah if a minimum of three scatter symbols appear anywhere onscreen. The Monkey symbol serves as a scatter to increase players’ chances of winning cash prizes or credits.

Fifteen free spins are awarded when three scatter icons appear on active paylines. Each time a winning combination is generated during the free spins feature, their value triples to present you with bigger wins.

The Wild icon in Mega Moolah pokies is the Lion. If two or more such symbols appear on your active paylines, winnings are in order. Two of the Lion symbols will present you with fifteen coins. Three Lion icons will reward 125 coins while four such symbols pay 1500 coins. If you’re lucky enough to land five icons on your paylines, you will be rewarded with 15,000 coins. The Lion icon also serves as a multiplier. If it forms part of a winning combination, it will double the value of credits you’ve won.

The bonus feature in Mega Moolah is triggered randomly. Your chances of claiming the progressive jackpot will depend upon how much money you wager on the game. Placing the maximum bet amounts on each line will significantly improve your odds of winning cash prizes.

This exciting bonus feature is similar to the Wheel of Fortune  where in a large wheel will be spun and your winnings will be determined by the segment at which the pointer halts. The white segment on the wheel awards the Mega Progressive Jackpot which is worth a staggering $1 million! The other spaces on the wheel are colour-coded and represent the three other progressive jackpots.

The four-tier jackpot begins at $10 and can be won constantly. The second tier begins at $100, the third at $10,000 and the main progressive jackpot pays a minimum of $1 million.