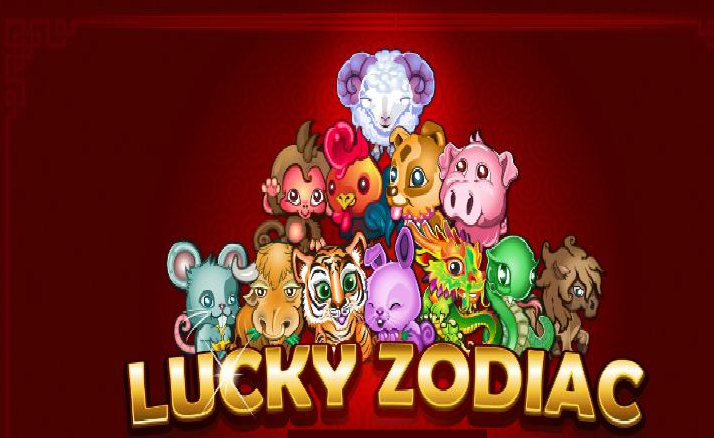 Play Lucky Zodiac for real with any of the following sites:

Lucky Zodiac is a 20 line pokies from Microgaming which is based on your astrological Zodiac signs. You can find out if you are lucky or not in this pokies game which is quite identical to the popular pokies Avalon in its game play.  This pokies can make you win up to 280,000 credits during the free games where you get an extra wild symbol.

Lucky Zodiac- About the game

Lucky Zodiac as the name suggests is themed based on astrology that too Chinese Zodiac.  The Sheng Xiao calendar is recreated using adorable little animal symbols that represent the changing zodiac brought on by the Chinese New Year, from the rat to the snake to the monkey and everything in-between.

You will find some exotic imagery and mystical vibes, with an awesome interface making for easy gameplay.

You can play this pokies game at online casinos or with your mobile smartphones or iPads and go after some big payouts and is especially ideal for both high rollers and the low bettors too.

Lucky Zodiac- Symbols in the game

Symbols are made up of Chinese zodiac signs and other Oriental inspired items, including lanterns, fans and lotus flowers, along with Asian deigns on classic symbols like A, K, J and Q.

The game can be played by placing a bet from one cent to ten dollars on a single spin. A player can spend up to $200 on a spin as this game uses twenty lines all around its five-reel body.

The highest payout on this pokies game is good for 140,000 coins. This top payout is easier to attain when in the free spin round with a higher multiplier. The game also has big payouts for those who get enough life scatter symbols. You can get 800 times your bet off of a spin if  you get five scatter symbols on the same line. These payouts can also be multiplier even further due to the betting feature within the game.

The game has a bonus round that can be triggered after getting at least three scatter symbols. This offers twelve free spins to any player who gets here. The bet that was made at the start of the game will be carried over to all the free spins at this point.

The game also has a multiplier that is chosen at random. The multiplier can be up to seven times the value of the original bet.

The free spins can also be re-triggered if enough scatter symbols show up again. Twelve more free spins will be added at this point.

There are two different wild symbols during the bonus games as well. In addition to the game logo, there are symbols that feature the zodiac animals on them. These symbols are not worth as much when two or more of them appear on a line but they will still substitute any symbol on the screen with the exception of the scatter sign.

There is also a gamble point found at the end of each winning spin. By clicking the proper button, you can choose to stake your winnings   and choose the suit or color of a card that is to be revealed. A correct color bet will result in twice the prize while a correct suit bet goes for four times the prize. Anything that was won will be lost if the wrong choice is made. You can even bet your winnings multiple times if desired.