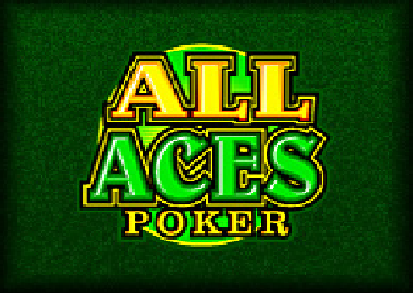 Play All Aces for real with any of the following sites:

All Aces operates like any other form of online video poker. After you choose how much to bet, you receive five cards and must decide which to keep and which to discard. The cards you throw out are then replaced with new ones, thus making your final hand. If you have drawn a winning combination, you are then remunerated according to the payout chart displayed on the screen.

While All Aces is a variant of the ubiquitous Jacks or Better poker style, it bears the most resemblance to Bonus Poker and its various offshoots. Both All Aces and Bonus Poker offer greater rewards for hitting a four of a kind, with four Aces earning the largest payout. All Aces offers a much bigger bonus on these hands. It pays 60 for 1. This, combined with the increased returns for the various four of a kinds, largely mitigates the fact that full house, flush, three of a kind, straight, and two pair all pay less than in 9/6 Jacks or Better.