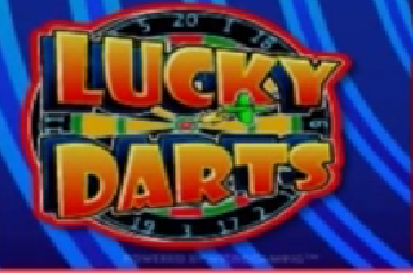 Play Lucky Darts for real with any of the following sites:

Lucky Darts  is an online pokies game, a pub style fruit pokies game where you can play demo version before you venture into real money. The number of reels is restricted to three and even though it is a five-line pokies game, there is only one pay line available at the initial base game.

The main symbols of the game are represented in the form of grapes, oranges, cherries, lemons, 3-bar, 2-bar, 1-bar, bells and sevens. There are chances of winning some of these symbols if they make an appearance in the first two rounds itself.

It is all about spinning the reels in a way that the symbols combine to create a win for the player at the concerned pay line. The game permits use of multiple coins bearing various currencies but only one coin is permitted per spin. The minimum value for betting starts at $0.10 and extends to a maximum of $10.00, or its equivalent in other applicable currencies. Activation of the Heads or Tails feature gets enabled with any victory one earns in the basic game of Lucky Darts.

A participant can place a bet to try and correctly guess Heads or Tails in order to strike a double-fold win in the basic game version. The choice to play the Head or Tails feature is optional. One may go ahead with it by guessing correctly or else give it a miss and proceed further to take part in the normal slot game. A player who wins the Heads or Tails feature is entitled to play it again for further luck. The icing undoubtedly is that the Lucky Darts logo symbol carries a worth of 200x multiplier and if a player if one succeeds in getting the multiplier, a huge amount of money can be won. A club meter helps in the stacking of winning payouts that a player accrues.