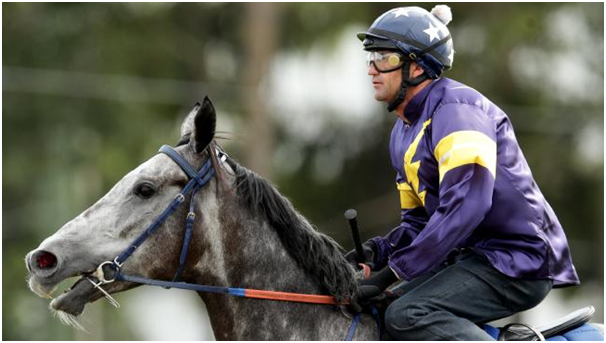 This month US held the inaugural $12 million Pegasus World Cup, at Gulfstream Park in Florida, and Balding and Macri want to lay a similar marker in Australia, more specifically at Royal Randwick in Sydney.

The race will be held at Randwick as part of the 2017 Spring Festival and will be the both the richest 1,200 metres and the richest turf race in the world. The Dubai World Cup and Pegasus carry more prize money, but they are raced on dirt.

The race will offer 12 places, with each slot costing $600,000. Purchasers will be required to commit to the race for three years, but can nominate horses under their ownership or partner with other owners who do not hold a slot to have their horse compete in the race.

According to Balding and Macri the race is fully funded and would not cost their organizations anything extra once a sponsorship and media deal is put in place.

While the prize purse on offer will dwarf that of the Melbourne Cup, Macri said the aim was not to challenge Melbourne and the spring carnival and the Everest will not attempt to compete directly with the major races there.

Racing NSW chief executive Peter V’Landys said the race would complement the Melbourne Spring Carnival and provide a great opportunity for owners. Also Australia leads the world in sprint races, and have gone over to Ascot and beaten the best in the world.

According to him the 1,200m is pet distance here in Australia … Black Caviar went to Ascot and won over 1,200m. He said , “It’s about time these horses started coming to Australia rather than us going to England to prove ourselves.”

The Melbourne Cup is worth $6.2 million compared to the $10 million up for grabs at Randwick. First place would take home $5.8 million followed by $1.425 million for second. Australian Turf Club chief executive Darren Pearce said he was hoping to attract a global audience whilst providing Sydney with a drawcard in the Spring.

Thus the Everest will be a game-changer for racing in Sydney and provide a stage for showcasing the best Australian sprinters against leading international contenders.