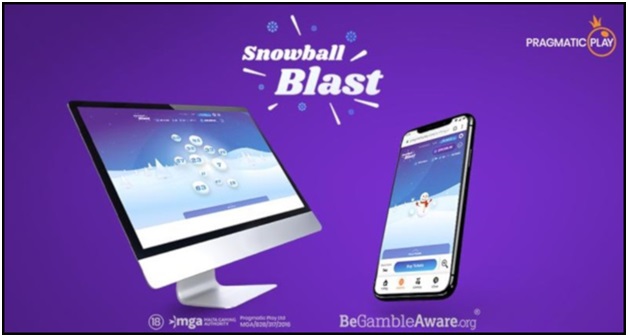 90 Ball Snowball Blast Bingo from Pragmatic Play was launched lately based on holiday season. This is a seasonal variation of its popular Bingo Blast title that comes complete with ‘the same high-quality and engaging visuals’ while offering ‘bigger guaranteed prizes for the season and holidays’.

You can also play this awesome bingo game even with your mobile. Snowball Blast invites online bingo aficionados ‘to get a bit naughty’ by joining in with ‘a friendly snowman’ so as to ‘blast some snowballs through the air’. The developer moreover declares that its newest iGaming title ‘has the exact same gameplay as the first edition of the product’ while being up to four times ‘faster than an average 90-ball bingo game without sacrificing the exhilarating experience of the classic gameplay.’

This game took the traditional 90 ball version and spiced it up by jumping players straight into to the full house action.

Bingo players now expect a more sophisticated UI/UX, and Pragmatic Play products offer it to the fullest. They are in line with the latest requirements and demands in terms of both design and functionality, and this is the aspect that sets Pragmatic Play’s Bingo vertical apart from the rest.

Snowball Bingo Blast doesn’t play any different to the original Bingo Blast game but it has had a snowy makeover. When you load the game a snowman in a wintery scene takes centre stage. In the first round of the game the snowman throws out 28 snowballs with numbers. These replace the original games bingo balls. A further 14 snowballs are chucked out and players then move to the home stretch. From hereon it’s individual number calls with the aim of getting a full house. Overall the look is great and it’s nice to see an operator making an effort in giving the game a seasonal design.

The Snowball Blast games ‘make use of a sleek and modern design’ in order to present modern-day bingo aficionados with the most sophisticated user interface and experience.

You can join any friendly online casino to play 90 ball bingo. 90 ball bingo games are played with 90 numbered balls in total. The bingo tickets in this type of game consist of a grid of 15 numbers from 1 to 90.

Each line has 9 spaces with 5 numbers and the rest of the spaces are left blank. The goal in 90 ball bingo is to fill in as many numbers on the card as possible and hopefully complete all 3 lines.

The first column in a 90 ball card always contains numbers from 1 to 9, the second column on the card has the numbers through the teens, the third column contains the numbers in the 20s, the fourth column has all the 30s, and so on.

There are three main ways to win in a 90 ball bingo game. If you manage to fill in 1 line of numbers you have won ‘1 line’, while 2 lines of numbers gives you ‘2’ lines’. The best win is when you manage to fill in all 3 lines on your bingo card and this is called having a ‘Full House’. In most 90 ball bingo games, the jackpot begins at a set minimum and increases as more players buy tickets to the game.