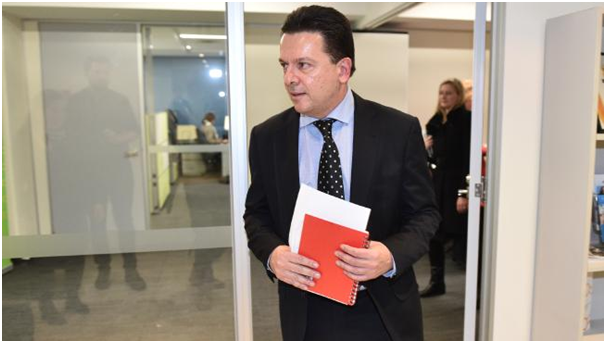 Australia’s powerful gaming and alcohol lobby is targeting independent senator Nick Xenophon and the Greens as it tips hundreds of thousands of dollars into the pokie-friendly major parties ahead of the July 2 poll.

According to reliable sources the Australian Hotels Association is supporting the major parties with a particular focus on opposing the popular Senator Xenophon and his team in South Australia and the Greens in vulnerable seats across the country.

Senator Xenophon built a political empire from his roots as an anti-pokies campaigner  and now tipped to win as many as three Senate seats and is a chance in two lower house seats in South Australia. The major parties are increasingly alarmed at the prospect of him holding the Senate balance of power with the Greens in the next Parliament.
The Greens are hoping to have more senators elected but are also campaigning hard for Coalition and Labor lower house seats; they are a real threat in particular in Batman in Melbourne’s north, currently held by Labor’s embattled David Feeney.

While the AHA is ostensibly a liquor industry lobby, the importance of poker machines to many Australian hotels has prompted the association to take a lead role over many years in the fight against tighter pokie regulation.

According to senior AHA figure both Senator Xenophon and the Greens were hostile to the industry’s interests; their defeat is the top priority for AHA campaign funding.

So too will the association break with tradition and leave election campaign decisions to its national body, based in Canberra, a move likely to allow a more strategic focus in its support for the big parties.

The association is one of the country’s largest donors, pouring millions of dollars into the coffers of the ALP and Coalition parties over the past decade. It has shown a disproportionate interest in Senator Xenophon’s home state of South Australia.

In an analysis by The Weekend Australian of pokie figures shows there were 10,597 machines in operation in South Australia when Senator Xenophon was elected to the state’s upper house as an independent No Pokies MP, rising to a peak of 15,086 in 2005. In March there were still 13,258 machines.

With the net increase of 2661 machines it shows that there hasn’t been a reduction in poker machines and, gambling is a bigger problem than it was when Senator Xenophon came in

According to Senator Xenophon it had been difficult to get any federal legislation on gambling reform considered because he had “few voices of support”.

Australian Electoral Commission records show that in financial year 2013-2014, when the last election was held, the AHA South Australian branch spent almost $140,000 on the major parties, almost exactly same amount as its equivalent in pokie-friendly NSW which has more than four times the population. The South Australian branch of the AHA contributed almost $750,000 to the major parties between 2006 and 2015.

Senator Xenophon said he was happy the gaming lobby would provide a boost to advertising and media in his home state. “They’ve been gunning for me since 1997. But this election they are getting out the cannons and the missiles,” he said. “But people will see through this. No amount of anti-Xenophon advertising will hide the damage that pokies have done to the community.”