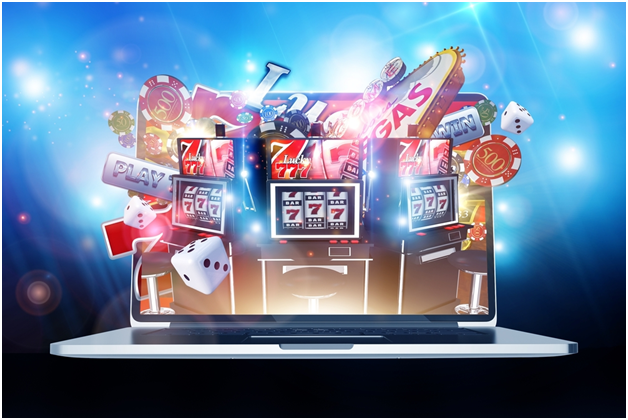 Many players will notice the RTG label next to their favorite games on Rich Casino, Fair Go Casino and Uptown casino besides other online casinos. That RTG stands for Realtime Gaming. RTG has been in business since 1998 and has been developing online casino games longer than most people have known they existed. The company attributes its long-term success to its talented and passionate developers, as well as a commitment to innovation. Keeping up with the latest technology is just as important as hiring developers who put a unique, creative touch on it.

What many people don’t know is that RTG makes progressive jackpot pokies as well. It’s Aztec’s Millions game hasn’t hit in quite some time, as the jackpot has exceeded $3.8 million at this point.

Once two industry leaders, iSoftBet and BetSoft partnered in 2018 to pool their resources and gaming development achievements.

BetSoft was the first of the two to enter the gaming market in 2006, though it didn’t release its first new slot game title until 2010. That same year, iSoftBet launched its business.

Both companies deliver very unique games to Aussie casinos like Kahuna Casino, Rich Casino, 7 Reels casino and Mucho Vegas. From pokies games like Dragon Stone released in September to Raging Reindeer for the holiday season, iSoftBet has its proverbial finger on the pulse of the Aussie casino customer. The same can be said for BetSoft, which recently released Dragon and Phoenix for its popular series of games.

Founded in 2011, Quickspin has been one of the fastest-rising game developers in the industry. Being under the Playtech umbrella of companies has helped, but its games also speak for themselves.

Besides releasing innovative slot games, Quickspin has worked to become more transparent, to let customers in on the process and what happens inside the company.

This has been evident in its latest releases, which now often come with thoughts from the developers and insight into how exactly they created the games. Their news page is now full of behind-the-scenes information and interviews to welcome players into the process.

The holiday release of Polar Paws is one example. The past few months have also brought insights along with new games like Wild Chase: Tokyo Go and Wild Tome of the Woods. When players on sites like Joka Room and Pokie Pop! know more about the pokies game offerings, they feel more connected and are more likely to play them.

While not yet a household name, Tom Horn Gaming has been quite successful in carving out a niche in the world of online slots. It has grown to host offices in Malta and Slovakia and continues to grow.

Founded more than a decade ago, Tom Horn’s library of slot games includes a wide array of selections. And its mission is at the core of every game: “Our passion is your entertainment, so we get up every day to make games that are exciting, tense, and rewarding. When you have fun, so do we.”

Players can find Tom Horn games at most Aussie casinos online, but Joka Room and Pokie Pop! often feature those games. Some of the latest releases include Diamond Hill with a very unique layout and Spinball, which is the closest that any developer has come to combining a video slot game with a pinball machine.

Officially Habanero Systems, this online slot developer has been in the game – so to speak – since 2012 and has offices from Johannesburg to Kiev. Its specialty is creating games that appeal to customers in a variety of markets, and that includes Asia and Australia.

Players might be familiar with their holiday releases like Naughty Santa and Hot Hot Halloween, but they are also known for uniquely colorful games like Nuwa and action-packed ones like Colossal Gems. Habanero games are featured on Aussie casinos like Joka Room and Pokie Pop online casinos besides others.

Now join in any Aussie friendly online casino of your choice with your mobile or PC to enjoy pokies instantly in real-time.