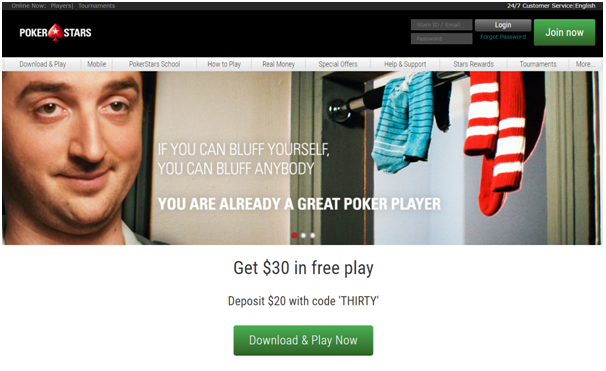 BetStars has become the first international online sports betting brand to enter the Czech Republic’s newly regulated market. According to local poker news outlet Poker Arena  the brand’s name has appeared on the list of licensed providers of iGaming services

BetStars, a sister brand of online poker room PokerStars, has become the first licensed operator of betting services to enter the local market since its regulation at the beginning of the year. Note that in February, PokerStars became the first international operator to be granted a license by local regulatory bodies and to be allowed to target local poker players.

BetStars was launched back in 2015 as part of its parent company’s strategy to expand its footprint across other online gambling verticals. As said above BetStars is a sister brand to PokerStars, and they are both owned by Canadian gambling group The Stars Group, recently re-branded from Amaya Inc. The launch of the company’s sports betting division was followed by the roll-out of casino games. While online poker has remained The Stars Group’s most profitable product, its online betting and gaming offering has performed quite well over the past two years since first added.

The Czech Republic is the latest country to approve regulated online gaming after the country’s president, Miloš Zeman, signed a variety of laws in June 2016. The Czech Republic’s new gambling law eventually came into effect on January 1, 2017, following years of debates and failed attempts for it to be adopted much earlier. While the country amended its gambling regulatory framework in a manner that made it possible for interested international operators to obtain licenses and operate in a regulated environment, few actually expressed interest in doing so.

PokerStars was the first foreign operator to enter the market in February and now in late October 2017 the first international betting operator received the necessary approval to operate in the country. The Czech Republic’s gray market was particularly popular with major gambling operators, including William Hill and GVC Holdings’ partypoker. The former exited the market in December 2016 or shortly before the new law came into force, and the latter left in early 2017.

Initially, partypoker promised to return to the Czech Republic and revealed that it had actually applied for a license from the local Ministry of Finance. However, the operator later on withdrew its application, citing the regulatory environment in the country as a reason for its decision.

The Czech Republic’s iGaming market was hoped to turn into a highly lucrative one with the implementation of the new regulatory regime. However, heavy bureaucracy and high tax rates have driven operators away instead of attracting them to the recently regulated jurisdictions. Under the Czech Republic’s new laws, licensed gambling companies are required to pay a 35% tax on annual revenue from local operations. The rate has been highly criticized by operators, players, and EU authorities, but it does not seem that it will be changed anytime soon.

Gaming legislation hit the radar in the Czech Republic in 2014 when the country’s finance minister, Andrej Babiš, introduced proposals for the stated purpose of raising taxes on online gaming in hopes that it would curb the social harms he believed this activity created for its 10.5 million residents. Those residents are believed to currently wager online $6 billion per year. According to news reports, online poker bets can’t exceed 1,000 Czech Koruna ($40.98), and winnings in any specific game or tournament are capped out at 50,000 Czech Koruna ($2,049).