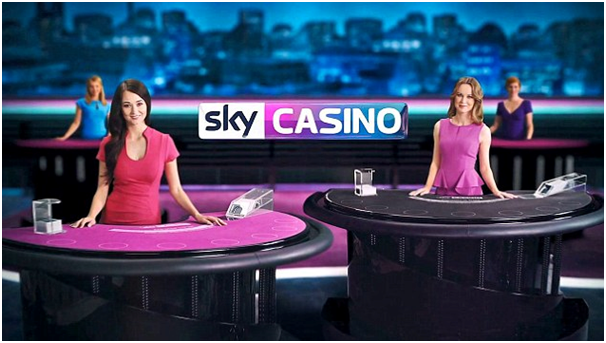 According to the Stars, the owner of PokerStars, the deal will create the largest publicly-listed online gaming company in the world. Rafi Ashkenazi, the chief executive of Stars, said the “landmark” acquisition would complement the PokerStars online card room.

The deal, which is expected to be completed later this year, puts an end to speculation Sky Bet would soon announce a £3bn flotation. In January, reports circulated that CVC had hired investment bank Rothschild to look at options for a stock market listing.

Toronto-listed The Stars Group Incorporated is already responsible for virtual brands such as PokerStars and FullTilt The Stars Group Incorporated additionally explained that its completion of the purchase, which is set to create the globe’s largest listed iGaming operator, remains conditional upon the receipt of approvals from the Nasdaq and Toronto Stock Exchange as well as certain gaming and regulatory authorities.

Following this transaction, The Stars Group Incorporated will have significantly enhanced scale and a highly-regarded global brand portfolio. As a result, they are well positioned to realize their vision of becoming the world’s favorite iGaming destination.

Toronto-headquartered The Stars Group Incorporated stated that the purchase of Sky Betting and Gaming is set to provide it with ‘multiple operational and financial benefits’ including ‘an increased presence in regulated markets’ such as the United Kingdom. It additionally proclaimed that the deal will help it to further diversify its sources of revenue as the majority of its target’s takings currently come from sportsbetting.

The Canadian firm furthermore stated that it intends to utilize Sky Betting and Gaming’s offerings post-purchase as ‘a second low-cost customer acquisition channel’ for its own core online poker services via effective cross-selling ‘across multiple verticals’.

It will put it Stars in a position to challenge U.S. gambling giants such as Wynn Resorts and Las Vegas Sands. Other casino stocks include MGM Resorts International Caesars Entertainment and Boyd Gaming.

At the moment there are only four U.S. states where gambling on sports is legal. This could change when the Supreme Court rules on a 1992 law that banned sports betting beyond those states. New Jersey claims that it is unconstitutional. A favorable decision may come as early as this week, and could lead to a number of states legalizing betting on a whole host of sports, including football and basketball.

Simon Holliday, founder of market tracking firm H2 Gambling Capital, said it would be “icing on the cake” for the combined company if the result goes in its favor.

“The US sportsbetting Supreme Court case is obviously a big part of the potential upside, with Stars’ old database, (Sky Betting & Gaming’s) strengths and their track record solely in the U.K.,” Holliday told Bloomberg. “Even without the U.S., SBG is just starting to launch in other regulated markets.”