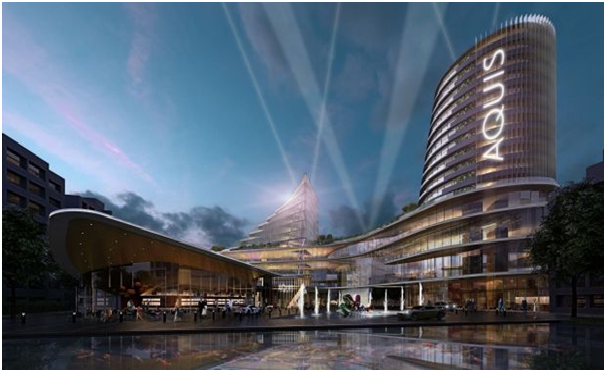 The promise of 500 Pokies now went down to 200 Pokies for Canberra Casino to operate these machines. This too came with a condition that Canberra which was bought by Aquis Entertainment Limited in 2014 would only buy these 200 pokies for the casino from the clubs, bars and hotels.

It is to be noted that Canberra hotels have sold a single pokies machine for around A$18,000 in the past which would mean Acquis would have to pay around A$5 million for the 200 pokies machines. However considering the opposition that the clubs and hotels have towards Acquis, the price of the pokies machines could be raised significantly and Acquis could end up paying more the double the amount.

It all started when Aquis Entertainment Limited chairman, Hong Kong billionaire Tony Fung, informed the Australian Capital Territory (ACT) government in 2015 that they were willing to invest $330 million to give the Canberra casino a complete makeover.

The $330 million makeover would include the development of Canberra’s convention center which is near the Canberra casino and an upgrade to the two hotels and retail outlets at the property. As part of this deal, Acquis wanted the ACT government to grant the casino the license to operate 500 pokie machines.

At that moment the ACT government did not give Acquis its complete decision but promised to discuss the proposal in detail with state lawmakers. Canberra’s clubs, bars and hotels currently operate close to 5,000 pokies machines and there were concerns that if the Canberra casino was given a license to operate the same gaming machines, it would be a loss into the profits of the clubs, bars and hotels. They called on the government to not sanction any pokies machines as it would risk putting them out of business and impact their livelihoods.

ACT Chief Minister Andrew Barr settled the issue this week (May 2016) by announcing that the government had reviewed Acquis’s proposal for 500 pokies machines and rejected it on the basis that they were just too many. The government also did not give Acquis approval to take over the convention centre as lawmakers believed that it should remain in the hands of the public.

Now that Canberra has to make up only 200 pokies to operate as opposed by the clubs and hotels, the price of the pokie machines could be raised significantly and Acquis could end up paying more the double the amount.

Also it has not been released yet as which club would be interested in selling out their pokies machines to Acquis. According to ACT the  first preference would be given to the smaller clubs though not disclosed as how the process will work out.

All things said and done new Canberra Casino is expected to create thousands of new jobs and generate a significant amount of gaming tax revenue for the government. Till then fingers crossed for Canberra casino to upgrade entire casino first and then acquire 200 pokies machines that too if the clubs agree to sell pokies machines to the revamped casino.