Centrebet is now part of William Hill in Australia

Home/News/Centrebet is now part of William Hill in Australia 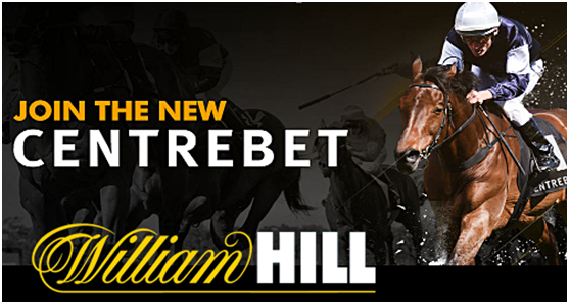 William Hill has revived the Aussie Centrebet brand which it liquidated last year. It’s also promising to guarantee higher minimum bets, as it seeks to attract the serious sports bettor.  Now as the Centrebet website and app as a premium has been re-launched in January 2017, William Hill announced re-positioning the site as the home of the “serious” sports bettor and aiming to offer the best prices on AFL, NRL, NBA, NFL, Grand Slam Tennis and Big Bash Cricket which the punters will be able to log on to the centerbet site or play with the app.

The decision to revive the much-loved brand comes just months after William Hill migrated its customers to the WilliamHill.com.au platform in an effort to consolidate its Aussie operations into one corporate presence.

The UK bookmaking giant took over the brand in September 2013 when it acquired Sportingbet’s regulated assets for $800 million in a joint takeover with GVC. Also included in the deal was online bookmaker tomwaterhouse.com and the titular bookmaker, Tom Waterhouse himself, was appointed CEO of William Hill Australia shortly afterwards.

This left it with something of a confusion of brands at a time when the likes of Paddy Power and Ladbrokes were providing fierce competition in the Australian market. In February 2015, Hills announced that consolidation was the answer.

But it seems, perhaps, that CentreBet’s old punters weren’t so keen on the forced migration completed late last year, and now it wants them back.

Centrebet will be letting punters win up to $5,000 on Saturday and up to $2,500 on midweek metropolitan horse racing, guaranteeing higher limits and higher minimum bets for customers in all states, not just in Victoria and NSW.

“This is a great day for the Australian punter and for betting,” said Waterhouse. “Centrebet is the only option for all punters who want the best price and the only place the professionals can get a big bet on.”

In a related  news although William Hill’s branding won’t be on the courtsides at the Australian Open this year, the bookmaker remains its official betting partner and is pulling out all the stops in the lead up to the tournament.