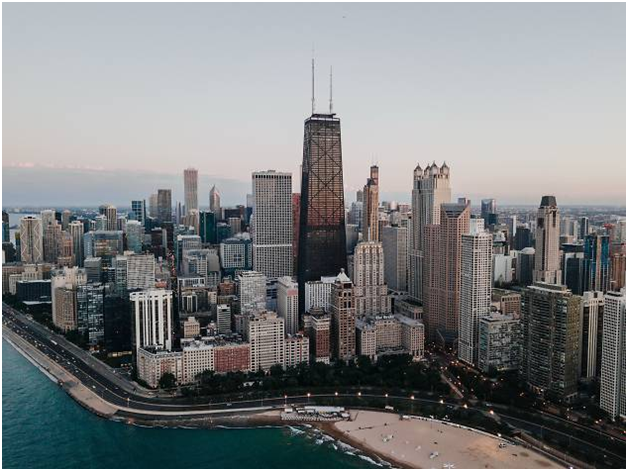 With the Illinois planned gambling expansion, Chicago will see a new casino soon. The city holds just over 2.7 million people and is a bustling tourist and convention destination. The Illinois Senate recently approved a gambling expansion, which will also legalise sports wagering within the Prairie State, and Chicago will be the recipient of one of the state’s six new casinos.

Along with sports betting parlors at Chicago’s arenas, even slots at the airports might be two of a host of changes coming to Illinois’ gambling landscape  All revenues resulting from the bill would go toward infrastructure projects, An amendment to House Bill 690 will include added casinos in Chicago, Waukegan, the south suburbs, Williamson County (Walker’s Bluff), Rockford and Danville  all of which would be allowed to be land-based.

The bill would allow slot machines at O’Hare and Midway airports as part of the Chicago casino proposal. The Chicago casino would be privately owned and its revenue would be split evenly between the private operator, the city and the state.

Sports Betting also to be Legalized

Sports betting would also be legalized under the bill, with licensing fees ranging from $3.2 million to $10 million per facility. Existing casinos, race tracks and sports facilities such as Wrigley Field would be allowed to apply for a license.

Sports betting licensees could offer online betting immediately upon receiving a license under the plan, but for the first 18 months, the initial deposit would have to be made at a brick-and-mortar gambling site. After a bettor makes an initial deposit, they can use a vendor’s online app to place bets.

Licensees would be allowed to partner with online providers such as DraftKings and FanDuel in the 18-month period following the bill’s passage. Three exclusively online licenses would be offered once that period passes, at $20 million a pop.

Sports betting would be taxed at 15 percent. Betting on Illinois college teams would be banned in the proposal, and an Illinois Lottery sports betting pilot program would be established as well. Horse racing tracks would also be allowed to install video gambling machines per the bill. The amendment would also adjust tax rates on several gambling types, including video gambling, to generate more state revenue.