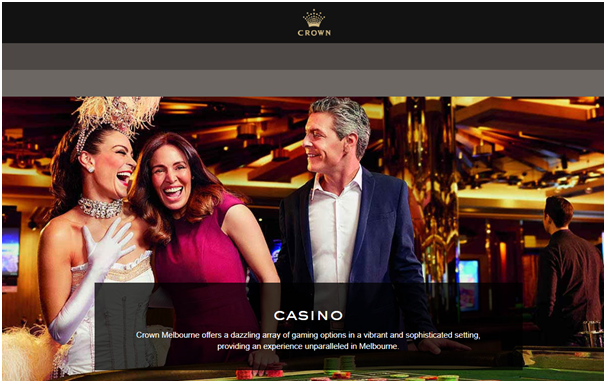 Crown Casino has been a lot in news for its dangerous pokies. Anti-gambling advocates recently came out with this probe that Crown Casino was allowing punters to have “dangerous” unrestricted features on poker machines. They want the Victorian Government as a matter of urgency to strike out the special exemption given to Crown Casino to operate poker machine without a minimum spin rate.

Your Play Accounts at Crown Casino

YourPlay is a personal gaming card that gives every player the power to track their playing activity over time. Because of this concern Crown Casino’s “YourPlay” accounts now come under scrutiny. The casino has a system designed to limit losses of clients and once a client signs up to it, they gain access to unrestricted features on poker machines. Poker machines in Victoria, except those at Crown Casino, are required to have a minimum spin rate of 2.14 seconds between bets.

In 2015, the Victorian government introduced the state-wide YourPlay system that enables punters to set their own limits and monitor their spending on poker machines to reduce compulsive gambling. However, the program came under criticism for not being able to prevent punters from spending more once they reach their pre-set limit.

A punter with a YourPlay account, which is accessible through Crown’s loyalty program, have access to the exemption play functions with the Melbourne-based casino having a maximum limit of 1000 unrestricted machines.

A former employee of Crown, with your play account accidentally discovered that he could play pokies without any restrictions.

This is how YourPlay works

According to this employee in an interview with ABC news said that the pokies machine was accepting the bet and then stopping the reels in the 100th of a second in his gaming session. He decided to see how he would go and he lost $100 in about 10 seconds.

The Victorian Commission for Gaming and Liquor Regulation fined Crown Casino $300,000 for removing betting options from some of its machines without approval earlier this year.

There is also an allegation that the company has given specially made plastic picks to the punters, which they squeeze into poker machines to allow continuous play.

Crown Casino has poker machines without bet limits, while every other machine in Victoria has a max bet of $5. A gambling researcher with Monash University’s school of public health, Charles Livingstone, noted that the spin rate is for safety measures and to ensure people have at least some small amount of time to consider what they are doing to change their bet. Dr Livingston said  the harms of Crown’s unlimited pokies should not be underestimated, describing it as the most “dangerous form of poker machine gambling you can imagine”.

Dr Livingstone and many others believes Crown’s exemption from poker machine limits were not constant with responsible gambling codes. It’s a complete mockery of the principle of responsible gambling which both the Victorian Government and Crown assert is their principal concern, it shows no care.

Also the minister of Gaming and Liquor Regulation, Marlene Kairoz, warned of severe measures to be taken against any practice that undermines gaming regulations. According to him people gambling on pokies should never be encouraged to spend above their limit and we would be very concerned if that happened at Crown. If you have any such evidence you can  contact the Victorian Commission for Gaming and Liquor Regulation.