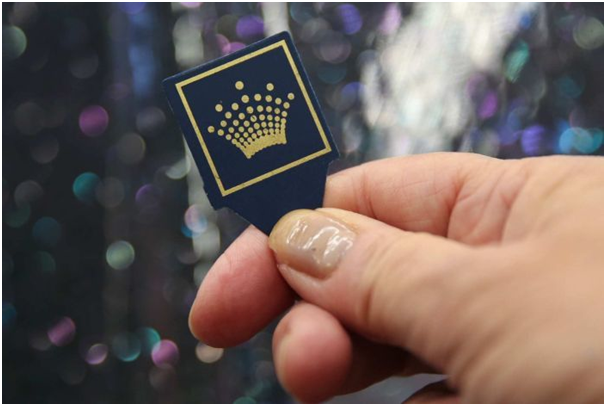 Crown Casino Melbourne is again in trouble waters. Lately Victoria gambling regulator suspended the casino from using plastic picks to jam pokies buttons. The Crown casino was providing their patrons with special plastic picks to bypass rules regarding poker machines, as the use of such picks could lead to an increase of gambling-related harm.

The decision of the Victorian gambling regulator came after in 2017 some whistleblowers reported that casino staff members were handing out plastic picks, which even had the Crown brand, used to the casino patrons which allowed them to jam poker machine buttons and to have continuous gameplay.

Under the rules implemented by the Victorian gambling regulatory body, casino gamblers are required to press the button for each bet they would like to make. This takes no more than three seconds and has been a distinctive feature of the poker machines, as it was implemented as a measure to protect players from possible gambling-related harm. The plastic picks provided by the casino were pretty similar to guitar picks and according to the whistleblowers were jammed into the machine buttons so that casino patrons were able to play continuously.

The Victorian Commission for Gambling and Liquor Regulation (VCGLR) has revealed that the Melbourne-based Crown Casino is to be suspended from offering the casino patrons such picks from now on. No monetary fines, however, were issued. The gambling regulatory body in the state of Victoria revealed that an investigation on the issue had been carried out, with the probe proving that the use of button picks may significantly increase of negative consequences for players, which is why it should not be allowed.

Andrew Wilkie the anti pokie campaigner disappointed by the decision

Mr Wilkie shared his disappointment with the VCGLR response to the situation, calling it “pathetic”. He disapproved of the fact that it took the Commission months to investigate just to finally conclude, despite the fact that the evidence was there for them the whole time. According to the anti-pokie campaigner, the fact that there has been no fines or jail sentence for the people involved in the illegal provision of plastic picks for Crown Casino Melbourne patrons.

The independent MP further noted that it was literally unbelievable that the regulatory body was not aware of the use of the picks.

Crown having a tough time

The last couple of years were tough for the Crown Casino, as it faced a number of allegations. In 2017, the gambling operator was accused of deliberately removing some buttons from the poker machines without notifying players for that. According to allegations, the casino did that in order to limit the bet options from poker machines and to force players to make higher bets.

In 2018, Crown Casino Melbourne suffered a massive AU$300,000 fine which the gambling regulator imposed for removing betting options on a number of machines without approval. (with Inputs from various news sources)