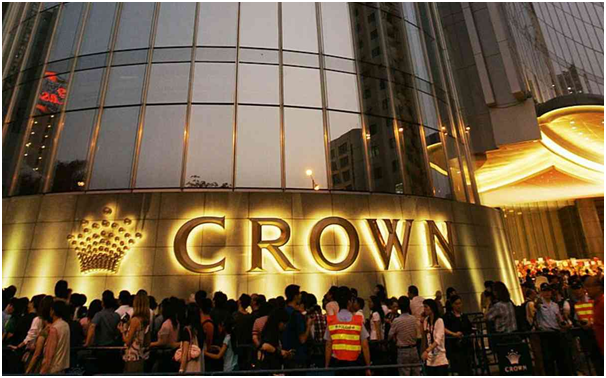 Australia’s Crown Resorts has decided to scale back its international ventures in favour of focusing on more opportunities at home. According to recent reports, James Packer has sold $1.6 billion worth of Crown’s shares in its Macau venture, Melco Crown Entertainment.

Macau once led the way in Crown’s plans for Asian expansion but in recent years, gambling revenue generated in the former Portuguese colony has fallen because of slow economic growth in China and the Chinese government’s anti-corruption campaign. Crown is also still dealing with the arrests of 18 of its employees in China in October.

CMC Markets chief analyst Ric Spooner said the prospects of the Macau market for Crown appeared to be quite different now from what they were two years ago.

Although Crown Resorts isn’t completely breaking away from its joint venture with Lawrence Ho’s Melco International, the sale has reduced its stake from 27 percent to 14 percent.

Using the money in this way will certainly give Crown more scope for future expansion in Australia, but there could be more on the horizon as the company has also said it will “explore” more exit options.

Following the October arrests of senior Crown employees in Macau, the casino operator has started to reconsider its position in the gambling enclave.

With legal issues looking likely to remain a potential problem going forward, coupled with declining revenue, now seems to be the right time for Crown to remove out of the market.

With Packer putting billions into his Barangaroo project, through which he hopes to attract wealthy Asians away from Macau towards Australia, it’s clear Crown’s international operations are on the slide.

Crown had has also revealed that it will also not proceed with its Alon casino development project in Las Vegas.

Stating that it wouldn’t be proceeding with the $2 billion Alon casino “at this time,” Crown will now have very few commercial interests outside of Australia. For casino fans across the country, that could be good news. With Crown desperate to reverse a 45 percent drop in Aussie high roller activity in recent months, you could see some new investments in 2017.

Although Crown Resorts is still the leading player in the Aussie gambling market, recent offshore punts haven’t fared too well and Packer will be keen to recoup some cash at home. This could mean improvements to existing casinos as well as new provisions for players across the country as a whole.

Beyond the potential benefits for players, Crown’s decision to focus on matters closer to home could help combat any major changes to the gambling landscape in 2017.

With certain ministers seemingly intent on limiting as many forms of gambling as possible, there’s always the danger Crown could be forced to comply with strict new rules.