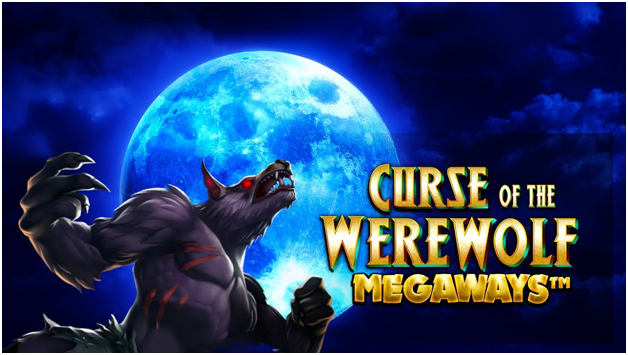 You face the fearsome Werewolf on a full moon in the Curse of the Werewolf Megaways slot and win a fantastic prize! With two amazing features in its pocket, this highly volatile online slot can pay out colossal winnings!

Setting the mood for the fast-approaching fall and winter seasons, Pragmatic Play has added a thrilling new slot title to its portfolio; one that has players come face-to-face with a terrifying creature in Curse of the Werewolf Megaways. The new slot comes hot on the heels of the provider’s new commercial deal with B2B online gambling software provider, BlueOcean Gaming.

Curse of the Werewolf Megaways

The high volatility video slot offers a max 46,656 paylines and a 6-reel, 6-row grid where the action plays out on the cobbled street of a quaint European village being terrorized by Werewolves. Adding to the immersive setting is a spooky soundtrack with plenty of spine-tingling howling and shrieks, as well as the Megaways mechanic on loan from Big Time Gaming.

As for the game’s symbols, they include 10 through A card values, four villagers, and a wolf. Players will need to land at least three of a kind cards to win, while it’ll take the same for the two-legged characters, with two or more needed for wolfie to win. Appearing on reels 2 to 6, the parchment that has been slashed serves as the game’s Wild and substitutes for any of the regular pay symbols to aid in making winning combinations.

Players landing at least three of the wolf howling at the moon Bonus symbols advance to the Extra Spins Round, where the Werewolves run amok beneath a full moon. Regular Werewolves are replaced by attacking Werewolf symbols, and when they land, they remove 1 to 5 lives from one of the high-value characters. If the character loses all five lives, it is replaced by Werewolves and players are awarded an additional Extra Spin.

In a company press release, Vice President for Pragmatic Play, Lena Yasir, commented on the recent content agreement, saying “BlueOcean Gaming has a fantastic reputation in the industry, and we’re delighted to be expanding our audience with the company.

According to casino news in the past year, Pragmatic has reiterated its commitment to growth by further expanding its live casino vertical, having added classics such as Baccarat, Roulette, and Blackjack, to its portfolio, as well as speed variants and localized products. All of these enhancements have now been made available to BlueOcean Gaming’s clients.