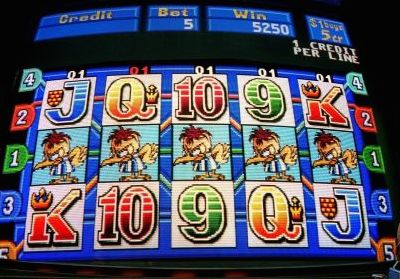 While Hawthorn is sitting at a low seventh place on the AFL rankings currently, it sits at the top of the AFL charts when it comes to pokies machines. According to data generated from the Victorian Commission for Gambling and Liquor Regulation, nearly a quarter of $92.6 million spent by Victorian punters at AFL-related pokies machines went into Hawthorn’s pokies machines. Punters lost nearly $22.6 million at Vegas at Waverley Gardens located in Mulgrave and Caroline Springs West Waters Hotel. More money was spent at these Hawthorn machine locations than any of the other 16 AFL club venues.

Samantha Thomas, an associate professor from Deakin University believes that AFL clubs had not done enough to stop the harm caused by pokies machines on the community. She claims that they have become addicted to the revenue generated by the machines.

Five out of eighteen venues and both of Hawthorn’s top revenue generating venues are located in the Monash and Melton communities, recorded as having the lowest income medians across the metropolitan region.

The Vegas at Waverley Gardens, a Hawthorn club, was temporarily shut down last week because it had some licensing issues, but it was soon given a provisional license by Victoria’s gambling regulator to operate pokie machines. Hawthorn also has a 73 percent stake in the club operating Caroline Springs West Water Hotel.

Carlton has a licence for four club venues, while Essendon, Melbourne, Collingwood, Western Bulldogs and Geelong have two venues each. St Kilda and Richmond have one club each. North Melbourne is the only local AFL team that doesn’t have a stake in poker machines. Collingwood previously had three venues, but got rid of the Diamond Creek Tavern in 2014.

The Victorian Responsible Gambling Foundation’s charter requires clubs that operate or own pokie machines and clubs to train staff members to properly handle addicted gamblers. All local AFL clubs have now signed up for this charter with the exception of Geelong.