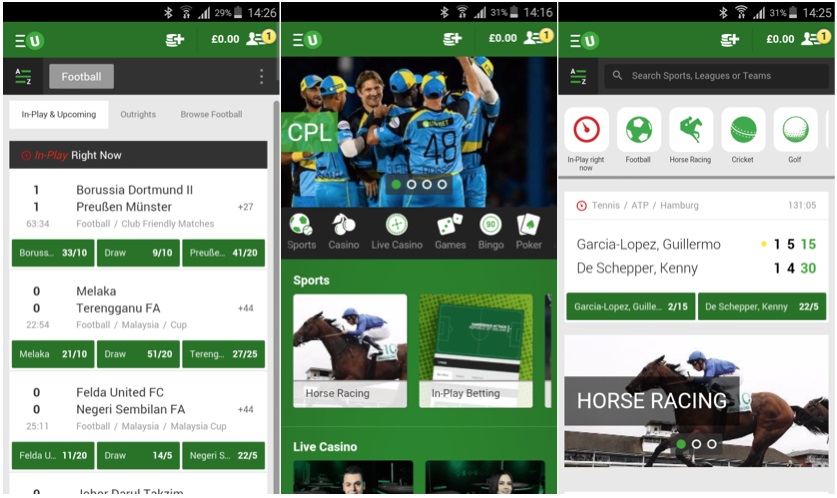 This month Kindred Group had a deal With Caesars Entertainment that will put Unibet Mobile Sports Betting Application in Indiana, Iowa.  The company plans to unveil its Unibet brand in the two US markets, with skins tied to the Horseshoe Hammond Casino in Indiana and Harrah Council Bluffs Casino in Iowa. The agreement with Caesars allows Kindred to operate a skin in those states for 10 years. The agreement is contingent on the necessary regulatory approvals.

According to Manuel Stan, Kindred’s senior vice president of US operations, in a press release said that Caesars’ geographical spread in the US and gives a unique opportunity to build footprint, with Indiana and Iowa next in line and potential other states lined up. Indiana and Iowa will be the third and fourth states for Kindred’s Unibet.

Kindred plans to launch Unibet in Indiana by the beginning of the football season, which will start in the late summer. Iowa’s online application likely will not start until January 2021, when an in-person registration requirement for mobile sports betting ends in that state. Regarding other states, they have not announced any other agreements but they are, of course, evaluating other potential entries in other states. Of course, that expansion could take place through its relationship with Caesars, which owns or manages casino properties in a dozen states. The company is also scheduled to close a deal where Eldorado Resorts will own 51 percent of the merged Eldorado-Caesars company.

According to Christian Stuart, Caesars executive vice president As Caesars Entertainment continues to gain state approvals for legalized sports betting in the US, they look forward to adding Kindred to their list of sports betting partners in certain states,”. “Caesars can continue to operate its own sports betting offering under the Caesars Sports brand in these states.”

In New Jersey, Unibet operates as one of three mobile skins tied to the Hard Rock Atlantic City Casino. New Jersey figures do not break down revenue figures by each application.

In Pennsylvania, Unibet operates the sportsbook for the Mohegan Sun Pocono racino. Retail operations began in September 2019, with the mobile application coming online in November. Through December, according to figures from the Pennsylvania Gaming Control Board, Unibet has taken more than $15.4 million in bets. Of that $7.9 million have been processed online.

New Jersey and Pennsylvania rank as the second- and third-largest sports betting markets. In Pennsylvania, the state’s handle for December was $342.6 million, and $297.4 million was bet online.

Indiana, though sports betting only started in September, has quickly established itself as the fourth-largest state in terms of monthly handle. In January, the state recorded a handle of $170.8 million, with $123.3 million wagered online.

Caesars currently does not have any mobile apps running in the Hoosier State. Iowa had a sports betting handle of $58 million in January, with $33.8 million wagered online. Likewise, none of Caesars properties in Iowa have started up any mobile sports betting applications either. (Inputs from Casino News)