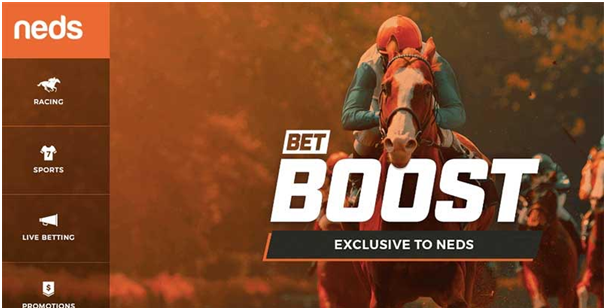 In a recent news Australian bookmaker industry was sold to GVC Holdings for A$68 million last month in November 2018. GVC Holdings is the parent company of the UK’s largest bookmaker Ladbrokes. Dean Shannon Neds.com.au executive chairman has after selling Bookmaker.com.au for AU$22 million to GVC five years ago in 2013, has created another bookmaker brand worthy of a buy-out. Neds.com.au entered the Australian market in October 2017 and has quickly cemented its place within the industry after some early headaches. Analysts expect Neds to generate A$100 million in profit from almost A$1 billion in betting turnover in 2019.

According to the Australian Financial Review, GVC Holdings is yet to announce its intentions with its newest purchase which may cost as much as A$100 million due to parametres around the sale. It is not yet clear whether or not the Neds brand will continue in the future or if customers will be migrated to the Ladbrokes platform.

Some of the recent moves made in the Australian bookmaker market

The sale of Neds is just another example of the change that has taken place in the lucrative Australian bookmaker market in recent times.

The chief executive officer of GVC Holdings, Kenneth Alexander, has intimated that the Neds brand will live on, at least in the short term.

He said Neds is an exciting business, with talent people and enables them to further grow market share through two differentiated brands.

The Australian chief executive officer of Ladbrokes Jason Scott will assume responsibility for the enlarged group, with Mr Shannon to stay on as a consultant.

According to Mr Shannon, GVC is a natural fit for the Neds business, and they  share the same entrepreneurial ideals, whilst delivering market leading products and services to their customers. Neds has received plenty of publicity in its short time in the market, with a New South Wales court fining and convicting the company for illegally offering inducements for people to gamble.

Upcoming taxes another reason for mergers

It was also forced to remove provocative advertising campaigns that promoted excessive gambling on free-to-air television.

The company invested heavily in attracting new customers, but had been bracing for the imminent hit of a new wave of state-based digital wagering taxes in Australia that will tax between 8 – 15 per cent of online bookmakers’ revenues.

The point of consumption taxes will tax digital gambling losses based on where the gambler is located rather than where the bookmaker holds its operating license.

With so many online wagering providers operating in Australia, the incoming taxes are set to put pressure on bookmaker margins.

GVC believes it is “increasingly important” to increase its customer base and predicted the newly merged company would be a “top-three player”.

Sports-betting revenue has risen 15 per cent a year in Australia on the back of app and Internet based wagering. It has become the fastest growing form of gambling, with many of the world’s biggest and best-known gambling powerhouses including Paddy Power, Betfair, Ladbrokes and Bet365 operating in Australia.