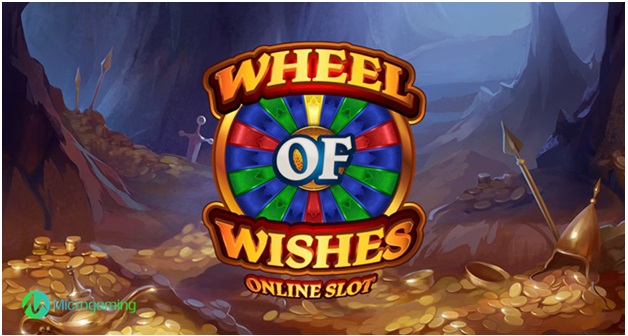 The most popular and top-rated gaming developing company, Microgaming, is well known for its largest progressive jackpot network in the industry specially the Mega Moolah slots. The brand recently announced that yet another game is to be added to the network, Wheel of Wishes. Created by Alchemy Gaming, the new slot joins the growing list of games developed by independent game studios working with Microgaming. Along with the slot, the leading developer has also introduced the revitalized progressive jackpot WowPot.

Wheel of Wishes Slot is the new slot game which is a five-reel, ten-payline title with exciting features and the ability to win life-changing jackpot prizes. Once loaded, the game takes players to Arabia, where a vibrant soundtrack and bold graphics immerse players into the theme. Genie lamps and other magical symbols are found on the reels to help players reach the cave of riches.

When you unlock the Power Spin feature by earning two or more wheel scatters in the game you will transform the 1st and 5th reel to have high-paying stacked symbols. One giant symbol will form across the center reels and give players the opportunity to earn a full matching reel set which brings about major winning potential.

Find a giant wheel symbol on the center in 3×3 size during Power Spin to activate the Wheel of Wishes Jackpot Bonus in the slot game. This option provides players with the ability to win one of four jackpots; the Mini, Minor, Major or the recently revamped WowPot.

In a news report the Head of Alchemy, Rory Harpur, commented on the new title by stating: “Wheel of Wishes combines superb graphics with intuitive game mechanics. The title’s Power Mode feature transforms the reels into a permanent Power Spin, creating an enhanced opportunity to enter the Jackpot Bonus Wheel and ultimately claim the WowPot jackpot! We are incredibly excited for the wider launch of our debut game with Microgaming and can’t wait for players to take a spin on Wheel of Wishes.”

The title went live on February 11th, this month and now is ready to explore the wonders and riches of Arabia.