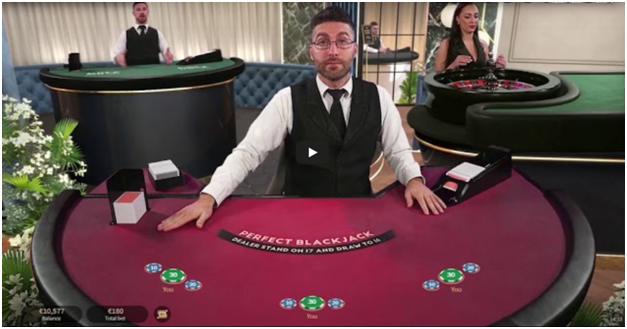 NetEnt the popular online casino games supplier has expanded its live studio in Qormi, Malta by adding three new standard blackjack tables. The company has also bolstered an existing relationship it has with iGaming provider EveryMatrix by signing a deal to provide its partner with two dedicated blackjack tables.

According to NetEnt  it has expanded its Malta studio in response to the growing demand for its live products and as it looks to further grow its NetEnt Live business. Over the past year, the Swedish content maker and supplier has made significant investments to step up its live casino game.

NetEnt has continuously been expanding its core live portfolio, has introduced new games and formats, and has advanced its proprietary chroma-key technology to cement itself as one of the leaders in the provision of live casino products.

It should also be noted that NetEnt is set to become part of a larger group that specializes in the provision of live casino products and services after Evolution Gaming made an offer for its fellow Swedish provider earlier this year. The deal is subject to approval from NetEnt’s shareholders and is expected to close by early November.

NetEnt also announced that it has strengthened its existing alliance with EveryMatrix with the recent launch of two dedicated blackjack tables. The new tables are now available via EveryMatrix’s iGaming Integration Platform Casino Engine.

NetEnt’s deal with EveryMatrix is the first dedicated table collaboration signed by the live casino provider this year. It will help NetEnt further expand its market share in the rapidly growing live casino vertical.

According to NetEnt Live Director Andres Rengifo on their achievements over the past year has made sense strategically to expand operations of their Malta studio, building capacity for the future projected growth.

Mr. Rengifo added that by securing a “key reseller partnership with EveryMatrix, they have strengthened their position within the live casino industry as a trusted supplier for dedicated business.

Also Amund Stensland, EveryMatrix CasinoEngine COO, said that NetEnt’s new dedicated blackjack tables are a “valuable asset for our clients, and we are certain they will deliver amazing entertainment.”

NetEnt launched its NetEnt Live division in 2013. Since then, the business has grown significantly, particularly over the past year. Over the past 12 months, NetEnt Live has released its Perfect Blackjack title, which is the only Blackjack product on auto-play, has rolled out its Auto-Roulette studio blue-screen environment, and has released its Network Branded Casino scalable and brandable operator solution for digital live casinos, among other important milestones.