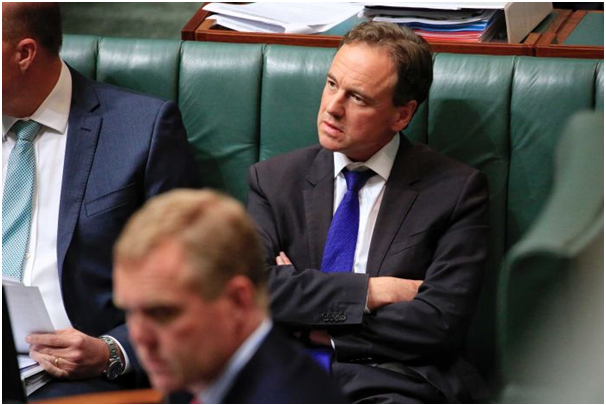 Australia had its worst medal haul in 24 years at the 2016 Rio Games, finishing 10th in the standings to continue a decline that has set in since consecutive top-five finishes at the home 2000 Sydney Games and in Athens four years later.

Australia had its worst medal haul in 24 years at the 2016 Rio Games, finishing 10th in the standings to continue a decline that has set in since consecutive top-five finishes at the home 2000 Sydney Games and in Athens four years later.

The Australian Olympic Committee (AOC) and the Australian Sports Commission (ASC), the government’s funding agency, have pushed for a national lottery fund similar to the model that has underpinned Britain’s roaring success at recent Games.

According Hunt he had a “strong bias” to set up a lottery and claimed it could deliver up to A$50 million ($37.24 million) in additional funding for athletes every year. Sports minister has outlined plans for a UK-style national lottery that could yield an estimated $100 million in funding for Australia’s under-performing Olympians.

Australia’s waning Olympic performances have made sports financing a sensitive issue, and the AOC and ASC have been at loggerheads over how to spend dwindling government funding.

After Australia’s disappointing showing at the 2012 London Games, the ASC launched its contentious ‘Winning Edge’ program which funnels more funding into sports deemed to have better medal prospects at the expense of lower-profile disciplines.

Federal sports minister wants  institute  national lottery by next summer, hopefully in time to spare the nation’s blushes at Tokyo 2020. Hopes are that the new lottery will be up and running by 2018, a full two years before the start of the 2020 Olympic Games in Tokyo.

It’s worth noting that the UK established its lottery in 1994, two years before its worst Olympics ever, when the British bagged just one gold medal. But in the long-term it worked. Twenty-two years later, in Rio, Team UK finished second in the medal table, for its best performance ever.

Meanwhile, Australia managed just eight golds and fell well short of the targeted 29 medals and had worst games in 24 years.

The UK’s national lottery reserves 50 per cent of turnover for the prize pool, with 22 percent going to the government. That leaves 28 per cent going to good causes, such as sports. It’s pretty much the sole reason they outstrip Australia in sports funding by about 33 percent and by 100 percent in high performance grants.

In the six years between 2010 and 2017, funding to the Australian Sports Commission fell from $268 million to $251 million. Under the plans being drawn up by Hunt, individual states will be financially compensated for any loss in revenue faced by their existing lotteries.

Current licensed lottery companies will continue to operate state lotteries, while the federal government will initiate a tender for a company to manage the national lottery, which will include online ticket sales. Hunt said that all state governments support the idea.

In a press conference in Canberra Hunt said if this lottery is legislated and highly regulated, and it’s a public good lottery then that’s sensible. In 30, 50 and 100 years it will still be here and providing a way to support participation and support performance for Australian sport.

Australia would also look to set up a national anti-doping tribunal independent of sports federations, in the same vein as the global Court of Arbitration for Sport (CAS), Hunt said to investigate and monitor accusations of doping, match-fixing and other serious charges. The tribunal would eliminate any perceived conflict of interest in the current system, which requires sporting bodies to act as judge and jury in drugs cases involving their own athletes.

The lottery is one of the options floated in the government’s ‘National Sport Plan’, a proposal outlining long-term strategy for high-performance sport, participation and integrity.