No More Live Betting from Ladbrokes in Australia 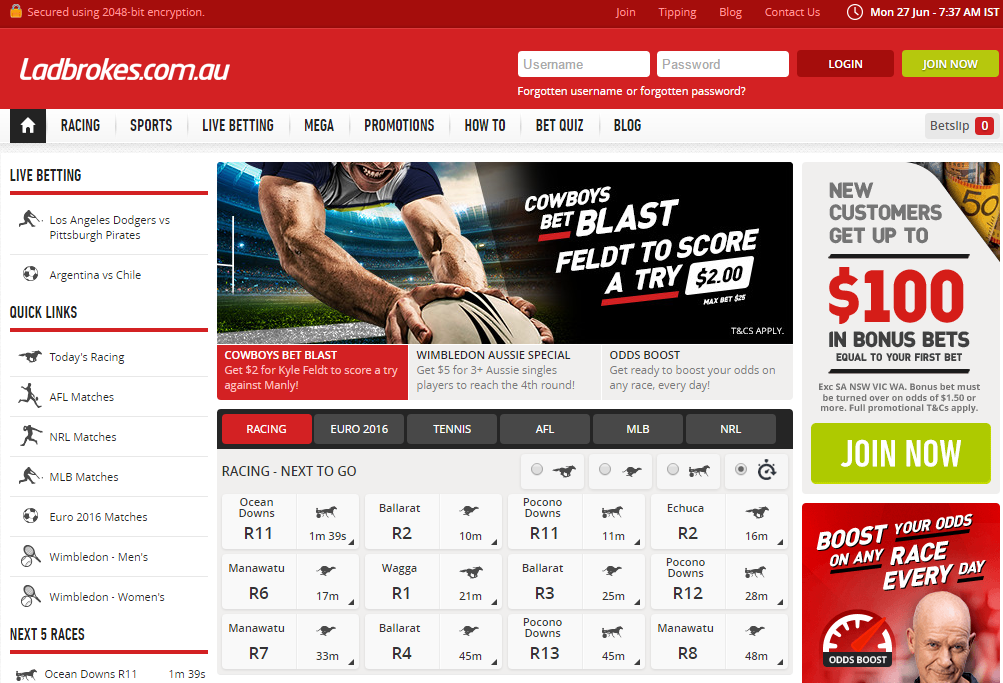 Ladbrokes will no longer be offering live-betting services to punters across Australia. Despite the government’s ban on in-play wagering, the operator has continued to offer the service but now Ladbrokes has recently decided to stop players from placing in-play bets.

Ladbrokes has accused the federal government of favouring incumbents Tabcorp and Tatts Group with its decision to ban instant online betting on live sports, leading the gaming giant to withdraw the service for punters.

That decision was influenced by the federal government’s plan to create  laws to strengthen its ban on in-play sparked by concerns over the rates of problem gambling associated with instant sports betting online.

Northern Territory is where most international gambling operators are licensed. Recently, the state’s government has decided to clamp down on operators that are locally licensed, advising them that they can no longer offer in-play betting to punters across the country. Ladbrokes is the first operator comply with the ban, while there has been no response from William Hill, Sportsbet, Unibet and Bet365. They have 28 days to cease the service before legal action is taken

Launched in September 2013, Ladbrokes.com.au is the Australian arm of the UK gaming giant Ladbrokes plc., whose origins date back to 1886. The company employs over 15,000 people across the UK, Ireland, Belgium, Spain and Australia. They also have a physical presence in Europe, with over 2,800 retail-betting shops. Ladbrokes.com.au is one of thirteen tailored betting websites operated by the parent company. Ladrbokes plc is publically listed and trades on the London Stock Exchange.

As a means of entering Australia, Ladbrokes purchased Bookmaker.com.au, a Brisbane-based bookmaker that was itself launched in February 2012. Bookmaker.com.au and Ladbrokes.com.au operate using identical markets and odds. The only differences are the template designs and sign up promotions. Both services are licensed and regulated by the Norfolk Island Gaming Authority.

While Ladbrokes is not pleased with the NT government’s new restrictions and believe that punters should be allowed to wager on sports during matches, as mobile technology allows spectators to be online at all times. If they can use their phones to engage in all sorts of other gaming activities, they should be permitted to bet on matches while they are in play.

“If you look at clients who are betting on sports around the world, they’re allowed to bet in-play,” says Dean Shannon, CEO of Ladbrokes Australia. “And I think in this day and age with people living through their mobiles and online, it makes a lot of sense for people to be able to still bet using the devices they use for everything else.”

Ladbrokes said its Live Play betting product, which accounts for about 6 per cent of its Australian revenues, will be pulled by the end of June with punters having to make a phone call to bet on live sports after that date.

Many operators are concerned that the new rules will force players to wager with operators that are not licensed in Australia. Since they will not be able to place live bets with licensed operators like William Hill and Bet365, many players may make the shift to gambling with offshore operators.