No pokies for 21 years at Crown Resorts Sydney 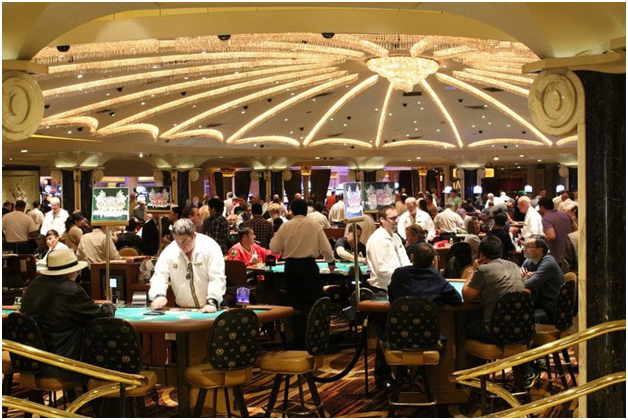 The latest hot news coming up for Crown Resorts Sydney that Star Entertainment has inked a deal with the NSW government that blocks its soon-to-be rival Crown Resorts from installing poker machines at its new Sydney casino for the next 21 years.

The $2.8 billion group has also locked in a new, more favourable tax rate for gambling operations at its Pyrmont casino, which opened its doors to a limited number of patrons in May 2020.

This means Crown Resorts will be barred from offering pokies in Sydney at least until 2041.

The Crown Casino Sydney plans to open at the end of the year. But it won’t have any slots until 2041 at the very least.

Under the new agreement, should the NSW government allow Crown to install pokies at its property at any point in the next two decades, Star would be eligible for an undisclosed amount of financial compensation.

The battle was tough

According to Star the agreement with the NSW government means it will continue to operate the only casino in Sydney with poker machines, and that it will be paid compensation if Crown is allowed to install pokies at any point before June 30, 2041.

Despite denials from Crown, there has been constant industry speculation that the James Packer-backed group would seek to have the licence for its $2.2 billion “VIP” casino changed to permit poker machines at some point.

In Australia, casino licenses are not given lightly, and when they are, they are often granted by state governments on a long-term and sometimes exclusive basis in return for substantial licensing fees and taxes.

Star’s previous agreement limited NSW to one casino license until 2019. Under the new deal, Star will share 32 percent of pokies revenues with the state, increasing to 34 percent after six years.

In 2013, after Crown lodged its proposal for the Crown Sydney, Star Entertainment, then known as Echo Entertainment, offered to pay the state government A$250 million to extend its exclusivity on casino gaming until 2019. The NSW government declined the offer, but now Star has the next best thing.

In 2014, Crown agreed to a restricted license that meant it would cater to VIPs only. Slots, which cater to the mass market, were off the table.

At the time, with a steady stream of Chinese high rollers flooding into its flagship Melbourne property, this probably seemed like a workable deal for Crown, since VIP players overwhelmingly favor baccarat.

But that revenue stream is not so reliable these days. The high rollers that were dropping hundreds of millions at Crown properties six years ago are no longer bankable.

Crown was forced to overhaul its marketing program to Chinese citizens completely in 2016 after 19 employees and former employees were arrested by authorities in China on suspicion of promoting gambling. Most were charged and imprisoned, including the company’s VP of VIP Operations, Jason O’Connor.

Crown had been betting heavily on expansion into Asian markets. But the arrests proved to be such a devastating financial blow that the company suddenly found itself overextended.

It relinquished its holdings in Melco-Crown — which had built spectacular integrated resorts in Macau and the Philippines — and withdrew from a project planned for the Las Vegas Strip.

Several reports have alleged Crown turned a blind eye to money laundering by criminal elements within the junkets, and the company’s Sydney license is currently subject to a public investigation by NSW authorities. Provided its license emerges from the investigation intact, all of the above makes it tougher for Crown to pack its soon-to-be VIP-only casino with Asian whales.

This is probably why Crown has been lobbying the NSW government to reconsider the pokies monopoly for casinos in a state where similar machines are widely available in bars, pubs, and clubs. But it appears to have lost that battle for now.

The Sydney Morning Herald and The Age revealed last month that Crown was building relationships with some of Sydney’s largest clubs and RSLs as it faces the prospect of opening its Barangaroo casino in February while cut off from international high rollers.

The terms of the compensation clause were not made public. Crown declined to comment. NSW Treasury said in a statement, that “poker machines will not be operated at Crown Sydney at least for the duration of the agreement”.

“The agreement will allow long-term revenue certainty for the NSW Government and contribute
billions of dollars to be directed to important projects,” the statement said.

Star said it would reopen its gaming rooms from 4pm now, with seating limited to 500 loyalty club members at a time and by invitation only, after consultation with the state government.

Mr Fabris said that if Star invited its highest-spending gamblers, who typically spend around $1000 on average per visit, Star could generate revenue of $20 million in June to help cover its $20 million a month cash burn.

Mr Bekier said around 700 stood-down employees could return to work by fully reopening the casino, but he expected the facility to operate on a restricted basis for at least another month or two. Star’s shares jumped at much as 7.4 % in early trading and finished the session now 3% higher at $3.04. (with inputs from various news sources)