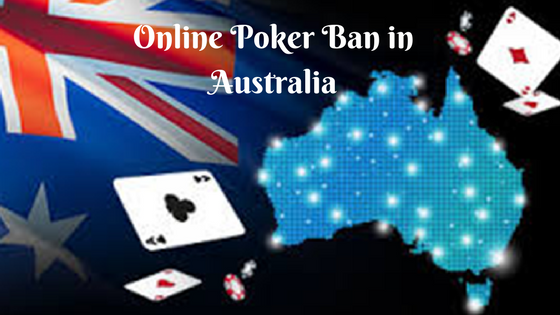 With the latest passing of the Interactive Gambling Bill 2016 by the Senate last month in August, the Aussie online poker industry has to shut down completely. The passing of the bill into a law came as a surprise despite being enacted in November 2016.

Though the poker players all across the Australia were hopeful of some favourable decision after the last month Senate enquiry, before passing the bill  but the bill  was passed to close all the loopholes operators were using to offer in-play sports bets, after the findings of the 2015 Review of Illegal Offshore Wagering; instead, a bill outlawing all forms of online betting, including poker, produced in November 2016.

MP and Human Services Minister Alan Tudge introduced the Internet Gambling Amendment Bill 2016 in November, as a means of updating Australia’s Interactive Gambling Ban, a law that was passed in 2001 before anything resembling today’s online betting and poker industry had emerged.

According to the bill, any operator not licensed under state or Territory laws will be considered illegal, and a penalty would be imposed on those who break the law.

Hope of poker players all went in vain

Those in dissent argued that poker is a game of skill and not luck, while those in favor argued that addiction was rampant in Australia and they needed this bill to help protect those vulnerable to problem gambling.

Earlier during the hearing, players and gambling experts outlined the current situation and warned that players would continue to play on illegal offshore sites even if new laws were brought in. Based on this, the industry representatives argued for a poker exemption as well as regulation that would offer a form of protection for those wanting to play online. When the hearing was over, the mood among those involved was positive, but those efforts now appear to have been in vain as the bill Tudge introduced has been passed.

David Ean Leyonhjelm  an Australian politician who is a Senator for New South Wales, representing the Liberal Democratic Party had long argued that by forbidding the activity would open the door for unscrupulous black market operators to take advantage of desperate players. He added that the bill would do the opposite of what was intended, by driving out reputable companies and opening the door for shadier operators to swoop in.

According to him Government is operating under the deluded idea that other countries will somehow respect Australia’s prohibition approach even when they don’t agree with it themselves and their preferred approach is to regulate, monitor and tax.

Leyonhjelm again suggested people might use virtual private networks (VPNs) to disguise their location. The government, however, has the ability to block VPNs if gamblers go that route to break the law.

Many major poker players exited the market after the introduction of the bill. 888poker exited the market in January 2017, but PokerStars decided to follow suit till the bill is passed into law. PokerStars and other active companies in Australia will now have to leave, leaving players in a complete blackout. Earlier in April 2017 officials from The Stars Group (Amaya at the time) in an April email to customers said that Stars would likely leave if the ban were enacted.

“It’s with great sadness that we have to say that if this bill is passed it means we will have to halt real money poker play for you and all other Australian players,” the email read. It also said that any money would be promptly refunded to customers. Note that operators who do not comply with the ban face penalties of more than $5 million a day.