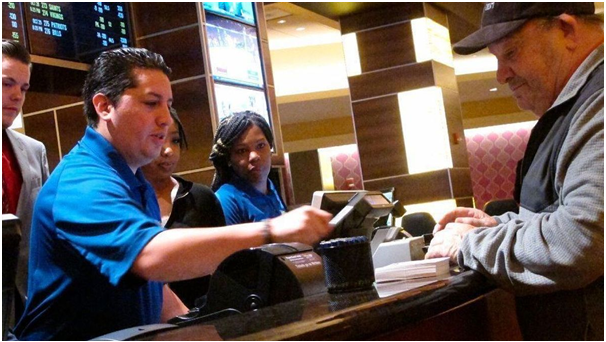 Rhode Island has become the latest states in US to allow online sports betting in US.  Last month, a bill in this matter was officially approved by Rhode Island, Democratic Gov Gina Raimondo that will allow online sports betting within the state’s borders despite earlier threats by Republican leaders to go to court to force a statewide referendum.

On the debate table, legislators were divided over expanding sports betting from land casinos to online. The entire premise rested on what Democratic leaders had previously argued that voters legalized sports betting when they approved table games for the Twin River casinos in two separate referendums in 2012 and 2016.

Under the new law, users will have to be located somewhere within Rhode Island to take part in sports betting and will have to sign up at casinos.

To avoid legal issues related to the Wire Act  which bans any form of interstate sports betting, the wagers are received on a “server-based gaming system” located at Rhode Island casinos.  The gaming system includes all hardware, software, and communications devices that provides an electronic platform for placing and accepting sports wagers. The bill also precludes free play provided by the casinos.

The progress to the passing of the bill

According to news report Rhode Island started sports betting at Twin River in November 2018, but it has been a slow start while the Democratic state legislators continue to defend the initiative.

Sen. Dominick J. Ruggerio president of the Rhode Island Senate added that the new in-person sportsbook has been very popular, with lines sometimes stretching out the doors, and it is enjoyed by both state residents and visitors from outside of Rhode Island who patronize casinos.

He said he can envision a group of friends from out-of-state spending an evening out in a local establishment where they can both watch the game and place a wager. For in-person sports betting, Rhode Island receives 51 percent of winnings, which is among the highest US rates.

Another democrat House Speaker Nicholas Mattiello, in a statement said that this revenue, along with the revenue anticipate from an expansion to mobile gaming which will also be at 51 percent is a tremendous benefit to the state. He says that without legal sports betting, money spent on illegal sports gaming would not allow for a cut for the state.

He added when you consider that up to 97 percent of sports wagering is done illegally, it makes good sense for the state to increase its revenue by providing an entertainment that can be done safely and legally.

The budget for the sports betting

According to the Providence Journal, a proposed budget for the upcoming fiscal year beginning on July 1 estimates the state will get $30 million from sports betting, including $3 million in new revenue from online betting, It remains uncertain which service providers will be engaged by the state for the online sports betting.

Five other states have approved some form of online or mobile sports betting, though it is not under way in some locations yet, and other states are considering its approval.

Remember that Rhode Island was one of seven states to unfurl sports betting last year after the US Supreme Court in May rejected a ban that had been put into place by the Professional and Amateur Sports Protection Act (PAPSA) in 1992. Once available, the app will access pro and college sports offerings provided through casinos in Lincoln and Tiverton.

Click here to do sports betting at Rhode Island