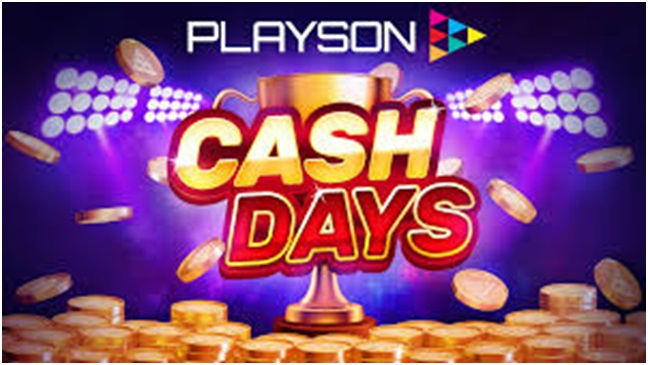 Playson is a Maltese game developer, which has announced the launch of Playson CashDays, a new and exciting series of monthly network tournaments offering €40,000! To be held at the beginning of each month, the regularly scheduled tournaments will feature the developer’s best-performing games.

The first tournament will start next month in ay and the action will take place between the 1st and 8th of each month when Playson will offer players the chance to win a mouth-watering slice of the €40,000 prize pot.

Score calculation methods and various mechanics will be incorporated into the competitions, including the daily drop tournament mechanics, which promises “guaranteed wins each day.”

Games to play at the tournament

The games to be used in the tournaments will be chosen from the Sliema-headquartered developer‘s 10 most popular titles throughout the duration of the promotional period. Customized marketing assets will be provided by Playson for all opt-in partners, while events will run through the end Q3.

Commenting on the coming tournament series, Head of Account Management for Playson, Michael Tadross explained that their big-money network tournaments have been hugely popular with players and operators alike, and it was a logical decision to introduce them on a regular monthly basis.

They like nothing more than giving Playson partners the opportunity to increase engagement and retention rates, and they can’t wait to crank up the excitement with Playson CashDays.

Also, Playson was busy signing a content agreement with Romanian online casino, Baumbet.ro. The new commercial deal further extends its footprint in the Eastern European territory, after earlier this year having secured its Class II Romanian license. With retail operations that span over two decades, the deal is in keeping with Baumbet’s aspirations of becoming a leading online operator with Romania‘s regulated market.

Under the terms of the agreement, the online casino will significantly boost its offering following access to popular Playson games such as the Norse-themed title, Vikings Fortune: Hold and Win, Rome: Caesar’s Glory, and Solar Queen, along with the recently-launched Funky Fruits series and its Timeless Fruit Slots portfolio.

Access will also be available to a broad range of integration-free engagement tools, including Jackpots, Free Spins, Seamless Play and regular tournaments featuring daily prize drops, all of which have been proven to heighten player retention.

This month fired up and ready to race was another cash giveaway in its latest tournament, Hot Pursuit!

The competition took place this month and included popular Daily Drop tournament mechanics, which offer the excitement of guaranteed wins every day. Participants’ score is the highest win multiplier they reach during their game session. It helps them get closer to claiming part of the €10 000 daily prize pool. Players can track their progress on the live leaderboard.