PointsBet will soon have live table games from Evolution Gaming 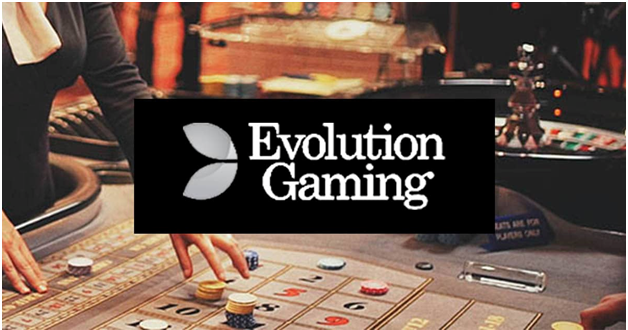 PointsBet the Australian based gaming company is all set to launch its iGaming division in New Jersey for US punters. It’s heard to be partnering with Evolution gaming for live table gaming at is site.

This means Evolution Gaming will provide live table games for PointsBet’s iGaming product. This was announced by the Swedish-based game developer. PointsBet has plans to launch mobile casinos in both New Jersey and Michigan.

Evolution Gaming announced PointsBet tabbed the Swedish-based developer to provide table games for when it launches its online casino product in the US. Sebastian Johannisson, Evolution Gaming’s chief commercial officer, said in a statement the company will be able to offer PointsBet a mix of classic games, online poker, and “game show” games.

Also, PointsBet will have the option of exclusively branded dedicated tables and environments, should they require these.

PointsBet has been in the US for two years as a mobile sports betting provider in Indiana, Iowa, and New Jersey. PointsBet also has a retail sportsbook in Iowa. However, it has plans for a massive expansion as it has agreements in place to roll out in Colorado, Illinois and Michigan.

Like PointsBet, Evolution is in the middle of a growth spurt in the US. It opened its first live gaming studio in New Jersey two years ago. Another studio, though, is under construction in Pennsylvania, and that’s slated to start offering games later this year. In addition, there’s plans for a studio in Michigan to open next year.

Michigan is where PointsBet plans to launch its first iGaming product through its 20-year partnership with the Lac Vieux Desert Public Enterprise and Finance Commission. Last week, PointsBet announced it will serve as an iGaming skin for Twin River Management Group once it completes the purchase for Bally’s Atlantic City Hotel and Casino.

PointsBet said it plans to be live in New Jersey with iGaming during the first half of 2021. In a news report they said theyare thrilled to partner with Evolution Gaming to launch Live Casino technology in US jurisdictions, where they plan to offer their proprietary online casino platform. The addition of Evolution Live Casino extends the appeal of PointsBet’s premium product in the rapidly growing US market.

Evolution plans to Evolve Through Acquisition

Evolution Gaming was created 14 years ago, and the company has eight live gaming studios for its clients that offer online gaming across the globe.

Company, CEO Martin Carlesund said in Evolution Gaming’s mid-year interim report that the purpose behind the deal was to expand its offerings and become the leading supplier around the world.

He added that to add NetEnt’s leading slots to Evolution’s strong Live Casino offering will create a very strong market position significantly faster, especially in the USA, and together with clear synergies we believe this to be a strategic and highly attractive acquisition.

PointsBet also offers regular sports betting in addition to its unique form of spread betting. It also offers spread betting and it is unique that your payouts vary based on how right you are. Here you’re betting on points (hence the name) and getting paid more for being more right.

This new form of betting has the added benefit of keeping every game interesting down to the very end. Watching your team run away with the lead, for example, becomes much more exciting when you know you stand to gain money for every additional point by which they increase their lead. Regular sports betting is also offered for the major sports leagues of the world. (Source: Casino News)