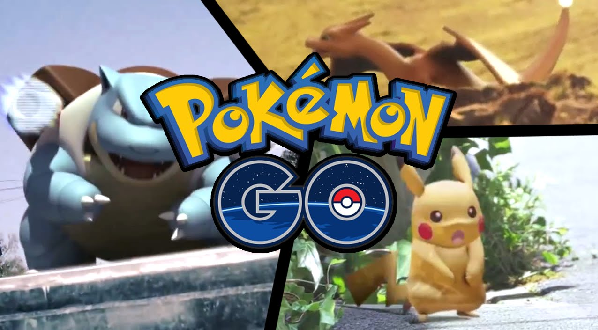 Pokemon Go is in the news lately as it has largest number of online and mobile fans. In just over two weeks, the game has surpassed the average daily users of Twitter and has a record of more users per minute than Facebook. It is quickly topping some of the most popular online apps like Spotify, Netflix, Tinder and Google Hangouts, and it has pushed Candy Crush out of its position as the most downloaded social game.

Pokemon Go, an augmented reality app brings Pokemon into the real world. You can catch Pokemon using your smartphones, as the travel around your local neighbourhoods. The creatures can also be trained to battle, and players can take over different gyms around their cities. It is basically the same premise as any Pokemon game on Nintendo consoles, except it is accessible on mobile devices and turns us into the main protagonists.

Now as the Pokémon Go is all set to become one of the biggest apps in the world Australian betting sites are wasting no time in offering wagers on the game’s popularity. The bookies go odds-on that the game will be a top-seller on iTunes within two months. You can get 2.01 that Pokémon Go will be the store’s most popular download within three months.

In fact, so confident that Pokémon Go will be a hit, bookmakers are putting a 1.05 price on the game having more daily users than Twitter. Twitter, with 310 million monthly active users in 2016, is an 8.50 chance. The Nintendo-backed game app is already bigger than dating site, Tinder.

In a statement released this week, by Australian’s Sportsbet’s Will Byrne said:“It’s a long time since something has captured and dominated the public’s attention like this.“We’re already tipping the game to surpass Twitter this year.”

Players in the US, Australian and New Zealand can download the free game now, with players in the UK tipped to join the party later in the year.

Although free to download on Android and iOS phones, the app will make a fortune from paid add-ons and extras as players become more immersed in the game.

While a journey through the Outback might be a fruitless one for finding ‘Pokestops’ for picking up Pokémon, Sydney and Melbourne might offer up easier pickings.

Sportsbet go 6.00 that Hyde Park will be hiding one of the Legendary Pokémon characters like Pikachu, with the Royal Botanic Gardens in Melbourne a 5.50 shot.

However, it’s not known whether more sensitive locations will be devoid of hidden characters. The Australian War Memorial is a 3.50 shot not to feature any Pokémon. In the US, the BBC reported this week, Missouri police arrested a group of players who had placed objects in a remote location to lure victims. They then robbed them at gunpoint.

Critics are already concerned about privacy. When new players sign up to play the game, they must share their location with developer Niantic and other players. The ability to switch off your location would undoubtedly spoil the game for players.

The success of Pokemon Go has been a huge boost for Nintendo, which has seen its market value increased by $17 billion over since the launch of the game. Until the title was launched, Nintendo was mainly focused on console gaming, but the financial success of Pokemon Go could see the games developer change its focus to mobile titles. It is likely that we will see mobile games based on other popular Nintendo franchises such as The Legend of Zelda and Super Mario.

One thing is certain that the Pokemon Go has certainly changed the face of social gaming forever.

In the meantime, Nintendo is capitalizing on the success of Pokemon Go. The company has recently announced the launch of a new mini-NES console that plays 30 games, and there would be many more innovations from the company in coming weeks while the spotlight is focused firmly on Nintendo and its gaming products.