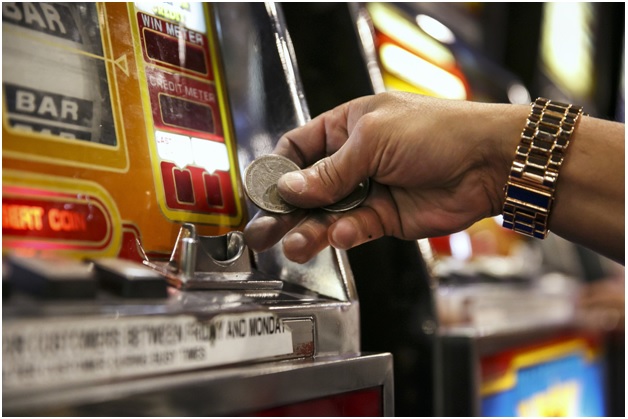 South Australian government has proposed recently in one of its pokies reforms, that players will be able to use banknotes in pokies instead of coins.  There are several parts of the proposal, in many of such latest reforms and the one facing criticism is to allow pokies to accept banknotes instead of coins. Another change is the opening of gaming machines on Christmas Day and Good Friday. These holidays that were previously restricted with regard to gambling. Lawmakers also want to remove the statutory objective of reducing the number of gaming machines in SA, instead of putting in place a maximum number.

Few other pokies reforms as proposed by the South Australian government are that clubs would also see the loosening of some of the requirements they now face and clubs would be able to merge together more easily and transfer gaming machines without as much red tape. Lawmakers feel that this will also help reduce the number of clubs with machines.

According to Attorney General Vickie Chapman, per ABC Radio Adelaide, there will also be new “harm minimization measures” included in the reforms. This will include immediate barring orders for patrons. The establishment would seize any money won by those patrons and given to a gambling rehabilitation fund established by the state.

All in all, Chapman believes the reforms will be helpful to all. “Through these changes,” she said, “we’re looking to maintain support for our vibrant hospitality sector while ensuring there’s help available to those who are at risk.”

Why the banknotes proposal for pokies?

The reason behind the banknote proposal is to put SA in line with other states and New Zealand, which do permit using banknotes in pokies instead of coins. According to Chapman, it will update the pokies to be more technologically advanced and better synchronized with interstate norms.

According to media reporters, there is other interesting information about another possible motive for the reforms. According to SA Electoral Commission records, the Australian Hotels Association (AHA) donated more than $42,000 to the Liberal Party this year so far. There was more than $6,000 worth of donations to the Labor Party, too.

The AHA could stand to benefit from the reforms if people can more easily play the pokies without having coins on hand. AHA members will also benefit from the easing of regulations regarding machine transfers and pokies requirements in general.

In fact, the AHA did acknowledge its satisfaction with the proposals. The statement said they will “preserve some opportunities for the industry – hotels, clubs, and the casino – to grow their business.” It also noted that SA has a “significantly well-developed harm minimization environment.”

Tim Costello is an advocate and spokesperson for the Alliance for Gambling Reform. He is always on the front lines of gambling debates and he called the banknotes proposal “appalling.”

He compared gambling laws in Australia to gun laws in the United States. According to him, going from coin-operated to cash is really like going from the ball-and-musket rifle in America – the Second Amendment right to carry a gun – to the semiautomatic and claiming the same right to carry a gun. That technology change makes no sense for liberty in America; here what South Australia is doing is just going backward. Further, Costello claimed that he had two reports from the Productivity Commission. These showed recommendations for moving in the opposite direction of the currently-proposed reforms.

Chapman said she saw no such evidence, nothing that indicated that banknotes in machines increased gambling in notable numbers. Costello disagreed vehemently, saying, “Reversing (the current law) is appalling with all the evidence we have from the other states.”

Some former gambling addicts spoke to ABC and other news outlets about the idea of pokies accepting banknotes instead of coins. Some said the ease with which they could gamble again would be very dangerous and could ruin lives. They predict that people will lose money quicker and that the number of gamblers will increase.

SA Best MLC Connie Bonaros also disagreed with the new proposal. She noted that the government is not heeding the warnings of gambling experts and problem gambling advocates. She called banning banknotes “the single most effective harm minimization measure” implemented and one that has worked for a “very long time.” Fellow Best MLC Frank Pangallo agreed with Bonaros. He called the banknote reform “thoughtless, callous and heartless.” He asserted that the new measure will “absolutely accelerate problem gambling.”

According to Chapman there are plenty of proposed reforms that will curb problem gambling like the barring of patrons by a venue includes the right for an establishment to bar a person identified as a problem gambler for an indefinite period and spread the word to multiple venues. She also believes that the confiscated funds from those banned gamblers will help the Gamblers Rehabilitation Fund New measures will go further to address the problem from its root.