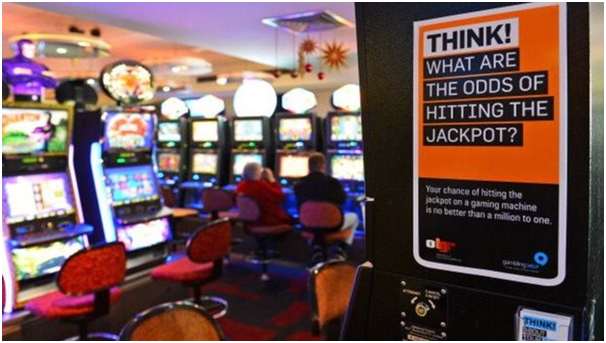 Last month there was a landmark trial against Australian casino giant Crown and poker or slot machine maker Aristocrat, alleging players are misled or deceived about their chances of winning. The Federal Court case was brought by Maurice Blackburn lawyers on behalf of gambling addict Shonica Guy, who suffered significant losses playing the machines.

According to Shonica she started playing pokies or slots at the age of 17 and got addicted for the next 14 years of her life. In this span she lost millions of AU dollars and now wants to make sure that what happened to her doesn’t happen to any other pokie/slot player.

In Australia gambling addiction is a major social problem with advocates for reform estimating that people lose around AU$12 billion (US$9.6 billion) a year, with losses spiralling since the first machines were built in 1953.

In a public inquiry of year 2010 showed 115,000 “problem gamblers”, whose habit can lead to serious health, family and financial issues. Another 280,000 were categorised as at “moderate risk”.

Dolphin Treasure Pokies/Slots in the hook of legal case

The legal case centres on the design of the “Dolphin Treasure” machines at Crown’s flagship Melbourne casino, which offer cash prizes to players who line up matching symbols across a series of spinning reels. It claims that the true chances of winning are misrepresented, with four of the reels the same or similar size, with around 30 symbols, but a longer fifth reel, which has 44.  This means it is much harder to land on the best symbols and get the highest prizes with a match on the last reel.

The uneven spread of symbols needed to win across the game’s five “reels” and the disguising of losses as wins through images and sound. So if you put money into the machine and have multiple spins, you likely will be left with nothing and  to be confident of an 87 or 85 per cent return a player would have to have unlimited funds and use a machine for its lifetime.

It also claims, among other charges, that Crown’s assertion that people can expect an 87 percent return on their wager is misleading given this is calculated on millions of spins and not from an average gambling session.

Ms Guy argued that information to players provided on machines is deceptive, notably the assurance that players will get a “theoretical” return of 87 per cent (the figure varies by state and by machine).

The 87 per cent return figure is calculated over the lifetime of a machine and includes jackpots that occasional players rarely win.

Prominent Melbourne-based law firm Maurice Blackburn is representing Ms Guy. Ms Guy’s team will claim that, contrary to federal consumer law, players are tricked into believing that if they enter a pokies venue with $100 they will leave hours later with $87.

But because 15 per cent on average is lost each game, the return cumulatively diminishes, with average players losing $5 every minute and $10 in five minutes.

According to Maruice Blackburn’s Jennifer Kanis this is a landmark pro-bono action that they hope will shine a light on what they believe are grossly unfair practices within the poker machine industry. The gambling industry is well aware of the research outlining the harmful effects of problem gambling on vulnerable people, and they have been for many years.

The main concern to Maurice Blackburn is that despite these known risks, the industry continues to exploit vulnerable problem gamblers, by knowingly designing machines that are misleading and deceptive.

Crown and Aristocrat in denial mode

Crown and Aristocrat strongly deny the allegations, with Crown saying it would be “vigorously defending the claim. Aristocrat also emphatically rejects any suggestion that its games are designed to encourage problem gambling, or in any way fail to comply with all relevant regulations and laws

Ms Guy is seeking an injunction banning Crown from operating Dolphin Treasure or any machine with a similar configuration, and for Aristocrat to stop supplying them. The Alliance for Gambling Reform said although Guy might be the sole plaintiff, she was representing thousands of Australians.

This case was the first to focus on the effects of poker machine design on the prospects of winning. If successful it would have ramifications for the design of all pokie machines across the industry. Australians lose more than $11 billion on pokies each year. Some $2.5 billion is lost in Victoria alone, with $1 billion flowing to state coffers through taxes. Crown has a licence to operate 2628 poker or slot machines in Australia and Aristocrat Leisure Limited is an ASX100 listed company which one of the largest manufacturers of gaming solutions and poker machines in the world.