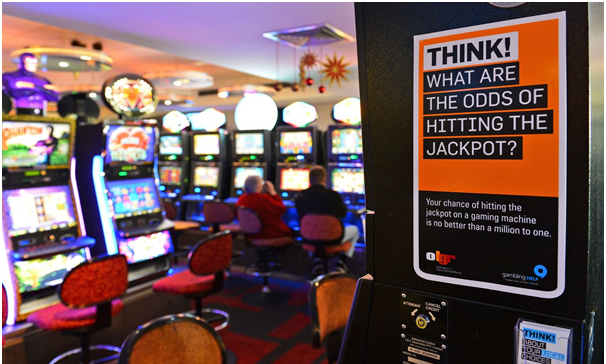 A campaign called ‘Proudly Pokies Free’ has been launched in Australia, with the aim to promote pubs and clubs free of their gaming machines.

Proudly Pokies Free is a youth-focused campaign which raises awareness about the damage caused by the pokies in Australia. By celebrating and promoting pokies free venues this campaign aims to change the conversation around the pokies and make it clear that Aussies can have a venue culture that doesn’t rely on them.

This campaign want to see less people playing pokies, more people visiting pokies free venues, and less pokies overall. NSW has 50% of Australia’s pokies so the campaign is starting here but it aims to spread throughout the rest of Australia.

Pokie machines are a fun way of passing the time in between beer or the scourge of Aussie society. Now the new campaign is setting up short-term goals and promoting pubs who decide not to stock the machines.

What will the campaign do?

Proudly Pokies Free will campaign will raise awareness of problem gambling Down Under, especially for young people, supporting venues that choose not to offer pokies, and pushing for gambling reform on a federal level.

Several pubs have already signed up under this campaign. As an example Young Henry’s in Newtown is one of a handful of pubs that don’t have pokie machines. Campaigners are hoping that the message will carry across New South Wales, a state that boasts more pokie machines per capita than any other state in Australia. In fact, NSW has more machines per head than anywhere in the world other than Las Vegas.

The campaign is closely linked to that of the Alliance For Gambling Reform. The political movement was set up by Nick Xenophon and long-term anti-pokies MP, Andrew Wilkie. They are pushing for a maximum bet limit of $1 on machines. Also with both independents doing well in the recent elections, they feel they have the impetus to make real change.

Proudly Pokies Free was set up by Tom Lawrence and his sister Anna, whose late father Neil produced the documentary, Ka-Ching Pokie Nation. The movie explores the obsession with pokie machines Down Under, and calls upon expertise from games developers, gambling researchers, and politicians to explore whether pokies are addictive and “fixed”.

But Proudly Pokies Free isn’t out to destroy pubs and clubs that already offer gambling but are only talking to anyone who’s interested from moving away from them.

With Aussies gambling over $1,100 per person every year on average, and pokies betting accounting for much of that, the campaign to limit pokie machines is certainly going to grow.