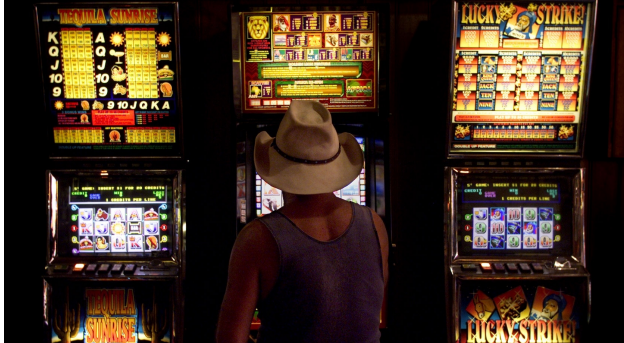 Pokies gambling is in the news again as a new bill is being introduced  for South Australian punters.This new pokies bill would seek to reduce maximum bets of $1 per spin for the state’s 30,000 poker machines. Also a ban on EFTOPS cash machine is a part of this new bill.

According to pokies research poker machines in pubs and clubs are for entertainment purposes and for amusement but however, they produce significant harm for 30% of regular users.

Further the research suggests that the Clubs of Australia are intentionally and purposefully using pokies to destroy  the nation, one community at a time.

In Victoria, club and pub poker machines are set to a $5 maximum bet, meaning they can readily accrue $600 average net revenue per hour. In NSW, with maximum bets of $10 per spin, they can make an average $1200 per hour. It is this staggering amount that can be lost that makes pokies the highest impact electronic gaming devices and is a major part of the problem associated with pokies and gambling addiction.

Naturally, the revenue they make is equivalent to the losses incurred by users – across Australia, club and pub poker machines account for 54%, or $11 billion, of country’s annual gambling losses of $20.5 billion.

The research also revealed that the highest pokie revenue streams come from  most disadvantaged suburbs. One of the principal reasons for this is that working-class suburbs are overwhelmingly subject to the colonisation of traditional social spaces in clubs and pubs by the poker machine industry

Thus the Statutes Amendment (Gaming Area Prohibitions and Barring Orders) Bill 2016 has been lodged in a bid to reform current gambling laws. Senator Nick Xenophon is at the forefront of the new law bid, but he has support from a group of prominent cross-benchers.

Currently, as said above Aussie punters can bet $5 per spin by law. The group wants that reduced to $1 per spin. If successful, the 2016 bill would see to an effective rewriting of three current laws: the Gaming Machines Act 1992, the Casino Act 1997, and the Independent Gambling Authority Act 1995.

After the federal election earlier this month, Nick Xenophon Team found itself in a strong position in the SA Senate. He teamed up with independent MP Andrew Wilkie in spelling out the pair’s opposition to gambling in the country.

In a press conference held shortly after the election, Nick Xenophon said that, “this [pokies betting] is an issue that will not go away where there are 400,000 people with a severe gambling addiction or well on the way to getting one.

“We are here to say that we will be planning a whole series of measures, both in the parliament and outside the parliament to deal with the issue of gambling reform.”

However, the new amendment is backed by Family First, the Greens and an associate professor from the SA Centre of Economic Studies of the University of Adelaide.

Also under attack with the new bill is the introduction of EFTPOS machines in hotels and pubs. The state Labor government introduced the machines in a controversial move a year ago.

By allowing regular gamblers to withdraw cash so visibly, the government argued, it would be possible to keep a better grip on problem gambling. The idea was slammed by anti-gambling campaigners, however, who said they simply encouraged people to bet more.

At the time, Police Minister, Tony Piccolo, defended the move by saying: “With EFTPOS machines, there’s a level of human interaction. In venues, there are people trained to deal with problem gamblers and we think this is an effective way to help stop people from drawing out more money than they should.”

However, Nick Xenophon Team’s John Darley slated that initial idea this week, adding: “To make it easier for these vulnerable people to access their money was a bad move and it is now time to rectify it.“I have always opposed EFTPOS facilities in gaming venues and the government should take this opportunity to admit they made a mistake.”