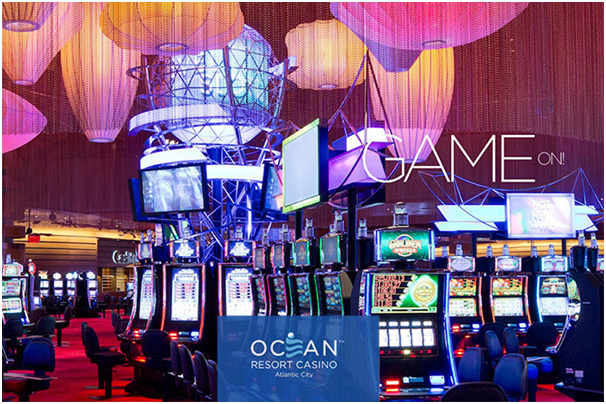 Much of excitement at Atlantic City coming this month as Ocean Resort Casino, one of the two casinos set to open doors on June 28, will now feature a sports book on its casino floor as announced by property principal Jordan Deifik. This sports book and the betting facility will be operated by UK bookmaker William Hill.

Ocean Resort Casino is located at the site of the former Revel casino was launched in 2012 but closed doors just two and a half years later as it failed to make a profit. Revel was then sold to Florida-based businessman Glenn Straub, who promised to reopen it as a casino resort. After continued bickering with New Jersey gaming regulators and Atlantic City officials over whether he should obtain a gaming license in order to relaunch the venue and after missing several self-imposed reopening dates, Mr. Straub sold the property to Colorado-based developer Bruce Deifik for $200 million.

The sale was completed early in 2018 and Mr. Deifik announced that he would invest another $200 million to renovate the former Revel and relaunch it in the summer.

So Ocean Resort Casino has its doors open, with an additional betting added to the other gambling services that are being offered in the venue after the US Supreme Court lifted the long-standing federal ban on sports betting last month.

Seth Schorr, founder of Fifth Street Gaming; Ashley Polo, vice president of brand marketing and communications; and Jordan Deifik, principal of Ocean Resort Casino, walk on the casino’s floor. The casino is set to open June 28. ’We listened to what people had to say,’ Schorr said. Image Source: Craig Matthews / press of Atlantic

William Hill has already entered the US betting market and currently manages 115 of Nevada’s 183 operational sports books. Also Nevada was one of the very few states where betting was legal in the US. Joining forces with Ocean Resort Casino’s owners, the British bookmaker will operate a 7,500-square-foot facility at the heart of the resort’s gaming floor. The sports book will be ready for operation by June 28, when the former Revel will celebrate its grand opening according to property officials.
Ocean Resort Casino’s property principal also revealed that their sports book will have private suites for major sports events, including the Super Bowl. While the New Jersey Legislature is yet to craft the necessary legislation and regulations for the operation of sports betting services in the state, it is believed that lawmakers will complete the task soon. The state could thus become the first one to legalize sports betting after the annulment of the nationwide ban.

It is also important to note that Ocean Resort Casino is yet to obtain the necessary license for the operation of gambling services from the New Jersey Casino Control Commission. However, the resort is not expected to face any major hurdles in that relation and casino owners are likely to be granted the necessary license during that event.

Sportsbook at other places in Atlantic City

Atlantic City’s market-leading casino, the MGM Resorts-owned Borgata, went on record last month that it would be taking wagers “as soon as regulatory approvals are in place.” The Borgata is building a new dedicated sportsbook but has temporarily rebranded its race betting facility as The Race & Sports Book.
Unlike OCR, MGM has in-house sportsbook management experience via its properties in Nevada. Also for Caesars Entertainment, which runs three AC casino properties.

The Hard Rock Atlantic City, which is also opening June 28, has expressed interest in offering sports betting but has yet to identify a betting partner. However, its online casino technology partner, Gaming Innovation Group, has been itching to develop its nascent sports betting offering.

Similarly, Resorts Casino Hotel has an online partnership with The Stars Group, which has no shortage of sports betting technology on hand, including the recently acquired Sky Betting & Gaming operation.