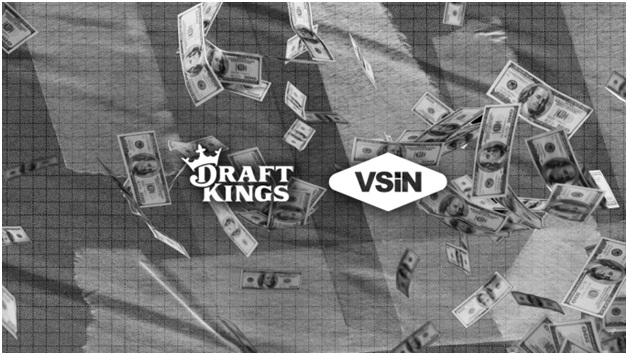 This acquisition news was announced lately in March 2021 by DraftKings. According to  DraftKings, it envisions allowing Musburger and VSiN’s leadership team to continue operating the company on a day-to-day basis with editorial independence.

DraftKings also said it intends to keep VSiN’s Las Vegas-based employees, including the on-air talent. DraftKings has a global workforce of 2,600 people.

In January 2020, DraftKings opened a Las Vegas office, and also recently became a primary sponsor of the Center for Gaming Innovation. The center is housed at the International Gaming Institute at the University of Nevada, Las Vegas.

Over the past several months, VSiN has broadened its reach across the nation. In the fall, VSiN conducted the first live sports-betting broadcast ever from an NFL stadium. This occurred at Mile High Stadium, home of the Denver Broncos.

Musburger and VSiN recently were also featured on a CBS Sunday Morning segment highlighting the nationwide growth in sports betting. The segment also focused on the popularity for sports bettors of the NCAA men’s basketball tournament.

All games in the 68-team field this year have been played in Indiana to minimize potential COVID-19 contact. The final four teams in this year’s March Madness tournament played this month’s weekend. The championship game was on April 5th . The annual tournament was not held last year because of coronavirus concerns.

According to the American Gaming Association, an estimated 47 million Americans will have placed bets on the March Madness games this year.

“If you really need the money, stick with the stock market. But if you’ve got some expendable cash, and you want to enjoy yourself, then go ahead and bet sports,” he said. “But if you think you’re going to be the guy who’s going to make this multimillion-dollar fortune, forget about it. It’s not going to happen.”

Note that sports betting is legal in 21 states and in Washington, D.C. It is legal but not yet operational in 4 more states. Sports betting legislation is active or has been prefilled in 17 additional states, according to the AGA.

Louisiana is one of the states where sports betting will be addressed at the upcoming legislative session. The state’s Senate president said he will introduce a bill at this year’s session to allow mobile sports betting. The Legislature meets at the Capitol in Baton Rouge on April 12 for a two-month session ending on June 10th, 2021.

As of April 2016, the majority of U.S. states consider fantasy sports (including daily fantasy sports) a game of skill and not gambling. In November 2016, FanDuel and DraftKings, the two largest companies in the daily fantasy sports industry, reached an agreement to merge. However, the merger was terminated in July 2017 due to it being blocked by the Federal Trade Commission as the combined company would have controlled 90 percent of the market for daily fantasy sports. As of July 2017, DraftKings had eight million users.

In April 2020, DraftKings became a publicly-traded company through a reverse merger with a special-purpose acquisition company.

Las Vegas-based VSiN was founded in 2017. The network provides more than 18 hours of sports analysis and commentary on multiple platforms, including a smartphone app and radio broadcasts. In addition to the 81-year-old Musburger, its broadcasting lineup includes Jimmy Vaccaro, Vinny Magliulo, and Chris Andrews.

VSiN has a longtime broadcast studio near the sportsbook at the South Point Hotel Casino and Spa at the southern end of the Las Vegas Strip. The network also has a studio inside Circa Resort. Circa is in downtown Las Vegas on the northwest corner of Fremont and Main Street.