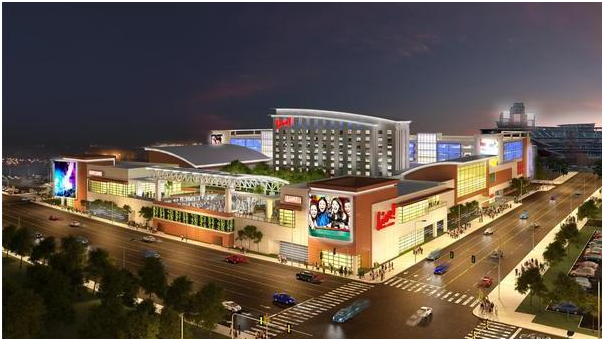 Last week, Stadium Casino in Philadelphia got Sports Betting License from the Pennsylvania Gaming Control Board (PGCB), which will allow it to launch online wagering as soon as it finds an operating partner.

The casino’s developer, Cordish Gaming Group (CGG), received a sports betting certificate and has held a gaming license for the proposed casino since 2014, when it won it in an open bidding process as part of a joint application with Greenwood Gaming, which owns Pennsylvania’s biggest casino by revenue, Parx.

According to the Philadelphia Inquirer reports, Philadelphia’s “stadium casino” could be offering online sports betting before it officially exists. The project that will be known as the Live! Casino & Hotel Philadelphia has been long in the making, and it isn’t scheduled to open in the city’s stadium district until the end of next year.

The PGCB did rule, however, that CGG should have an operational land-based sportsbook on-site before its online operations go live, which should be possible shortly. CGG representatives told regulators that they were close to finalizing a deal with an unnamed sportsbook operator.

CGG was less successful in its bid to have the sports betting certificate for the stadium casino also cover its “mini-casino” in Westmoreland County, Western Pennsylvania, which the company is due to start building soon.

The state’s sports betting licensing fees are $10 million a pop, and CGG has previously said that forking out this fee for a small casino on the site of a former department store would be “economically unjustifiable.”

CGG representatives told the regulator they had assumed sports betting would be included when they paid $40.1 million last year for the mini-casino license – one of five made available by 2017 gambling expansion legislation. The CGG appeared disinclined towards CGG’s argument but deferred a final decision on the matter until its next hearing on November 20.

Note that the stadium casino project has been delayed by years of legal wrangling, largely because of Greenwood Gaming’s stake in the venture.

One of the losing bidders in the 2014 tender, Market East Associates, along with the SugarHouse casino, sued to block the project under a 2004 law that prohibited a company from having an ownership interest in more than one casino in the state.

That law was repealed as part of the 2017 gaming reforms, which allowed construction to commence. CGG bought Greenwood out in November last year. The regulator agreed with CGG’s argument that the 2017 law that legalized online sports betting for Pennsylvania’s casinos does not prevent an existing gaming licensee from launching a sportsbook.

Venues for the Flyers, Sixers, Phillies, and Eagles are within walking distance. Those sports locations draw 8.5 million visitors each year.  The complex is also close to Xfinity Live!,  a decade-old partnership between Cordish and Comcast-Spectacor combining sports, entertainment, and broadcasting for NBC. As the only casino in the Philly region which will have a hotel, Live! will be the area’s upcoming “sports, gaming, and hospitality destination.

While the opening of the facility will reconfigure the region’s casino market it is predicted that the “new excitement” of having an accessible facility near sports facilities will “grow and invigorate the market.”

The site means it can draw in visitors from out of state and then retain them with dining and a top hotel at 900 Packer Avenue. The location is convenient to New Jersey via the Walt Whitman Bridge.

In a first, the casino plans include an esports arena too. The company is creating 2,000 permanent jobs and another 3,000 construction jobs. About $100 million in tax revenue will go to Philadelphia in the first five years. Another $25 million should go to the school district.