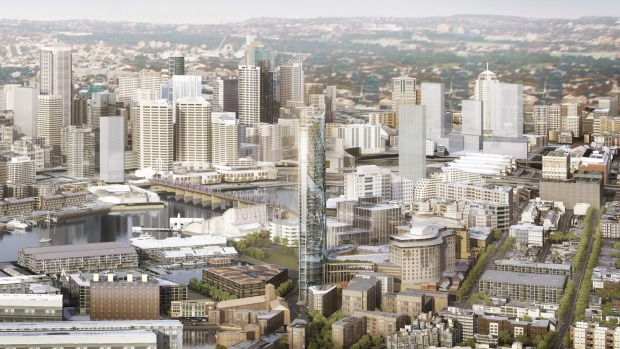 Casino operator The Star Entertainment Group is in talks to lure the luxury Ritz-Carlton hotel brand back to Sydney, with a new $500 million, 360-room tower slated to open a year before James Packer’s rival $2 billion Barangaroo development in 2020.

The luxury hotel operator, owned by US-listed company Marriott International, decided in 2015 to return to the Australian market.

It signed deals to build three hotels in Melbourne, Perth and Brisbane with Hong Kong-based property developer Far East Consortium, but had yet to find a suitable site in Sydney.
The 200-metre Ritz-Carlton tower is expected to be located at the northern end of The Star’s inner-city Pyrmont casino complex and will boost the casino’s accommodation offering beyond 1000 rooms, compared with 1600 rooms at Crown Melbourne.
Advertisement

“We are in discussions with The Ritz-Carlton to progress branding of the proposed hotel tower,” a spokesman for The Star said. “We will have a Ritz-Carlton as part of the Queen’s Wharf Brisbane project and look forward to the prospect of a Ritz-Carlton in Sydney.”

The Star, formerly known as Echo Entertainment, and Far East initiated talks with the Ritz-Carlton after successfully teaming up in 2015 to win Brisbane’s $3 billion Queen’s Wharf development, which is scheduled to open in 2022. Ritz-Carlton’s hotel in Brisbane will be in the Treasury building where The Star’s casino is housed.

The NSW government’s Department of Planning and Environment said The Star had asked for the environmental assessment measures required to apply for a new hotel in Pyrmont.
“The department is assessing this request,” a department spokesperson said. “If it does receive an application, the department will thoroughly assess it as it would any hotel proposal, including a community consultation program and public exhibition period of concept plans.”

NSW Minister for Trade, Tourism and Major Events Stuart Ayres said the potential investment by The Star was another sign that Sydney’s skyline was booming.
“The impact this hotel will have on jobs and opportunities for Sydney cannot be underestimated,” Mr Ayres said. “We are the absolute envy of every other state.”