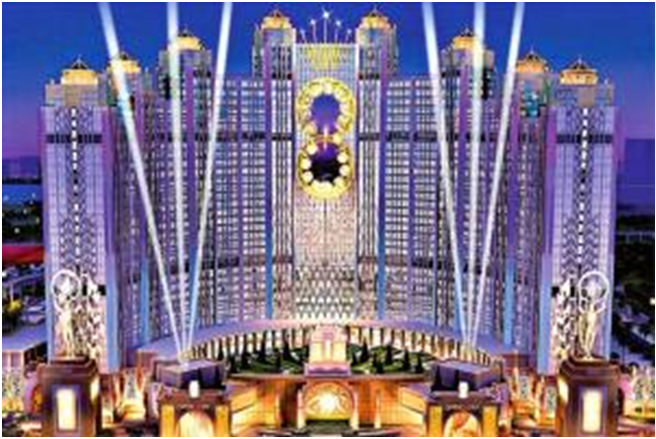 Last month Suncity Group shut down its high roller  rooms in Australian casino because of reported crime links. According to news sources Suncity faced a decline in revenue from the operations in Australia. Also the casino has been involved in certain questionable activity related to the settlement of cross-border gambling payouts and ties to Crown Resorts, though not  confirmed  can also be one of the reason for the closing of the VIP rooms. According to Australian news outlet The Age, Suncity is closing its VIP room at Star Entertainment’s Sydney casino after the two entities reached an agreement “in the last ten days.” The company is also going to close its high-roller room at the Southbank casino in Melbourne, which is operated by Crown.

Star Entertainment reported a drop in high roller revenue for the year ending June 30 of 30.7%. The company only say US$28.8 billion in VIP revenue and international VIP revenue had dropped 17.6% to $397.5 million. The company’s CEO, Matt Bekier, confirmed the closure of the VIP room to The Age, stating, “The fixed room of Suncity will be discontinued here. They had a small fixed room. That room is being closed.”

The closures come after several news outlets in Australia reported on Crown’s possible connection to criminal activity. The closure of Suncity’s rooms comes as multiple state and federal inquiries have been launched into the casino industry following revelations by The Age, Sydney Morning Herald and 60 Minutes that Crown Resorts, Australia’s biggest casino company, had gone into business with several junket operators backed by powerful Asian crime gangs and Chinese foreign influence agents.

Concerns over the infiltration of organised crime in casinos are also the subject of a wide-ranging investigation by the nation’s peak criminal intelligence agency, the Australian Criminal Intelligence Commission (ACIC).

According to Michael Phelan of the ACIC, the lack of transparency of casino junket operations, anonymity of participants and obscurity around beneficial ownership, source and distribution of junket funds provide opportunities for criminal exploitation. CEO Alvin Chau being banned from entering Australia.

As part of those reports, Suncity’s name was mentioned several times, including a reference to its CEO, Alvin Chau, being banned from entering Australia by the Department of Home Affairs. However, Chau has spoken out against the reports and has gone so far as to consider launching a lawsuit over what his lawyers claim are “false allegations” and defamation of character.

That lawsuit stems from the Age’s interpretation of information related to a tourist visa request Chau submitted last year. That request was reportedly denied, and the news outlet may have interpreted that to mean that Chau was banned, possibly in conjunction with ties Chau was alleged to have with Crown.

Chau’s lawyers have already started preparing their case and have sent a letter to several Australian media outlets involved in the alleged dissemination of false information. The letter reads that the allegations are “untrue and entirely without merit,” that they are “obviously defamatory” and that they “have caused and are continuing to cause distress, embarrassment and humiliation to Mr Chau.” The lawyers further assert that compensation for the disparagement may be in order, stating, “Clearly, the publication of such false allegations has the potential to sound in significant monetary damages.”

According to various reports on this situation the Suncity’s fixed high-roller room at the Crown casino in Melbourne’s Southbank will also be closing as a result of the company’s retreat.

Suncity is the largest Macau-based “junket” agent that brings cashed-up Chinese punters to casinos in Australia and around the world, where they can often gamble many millions of dollars per hour. Star’s announcement comes after Crown’s high-profile board of directors took out public advertisements backing the company’s relationship with Suncity and other junket operators.

In response to the allegations about Suncity, a spokeswoman for Suncity, Maggie Tang, said: “Suncity Group started to cooperate with Crown since 2014, and we are now operating one VIP Club in Crown Melbourne.”

Suncity offers VIP services such as transportation and accommodation arrangement to the guests who would like to travel to Melbourne, and Crown Melbourne. (with inputs from various news sources)