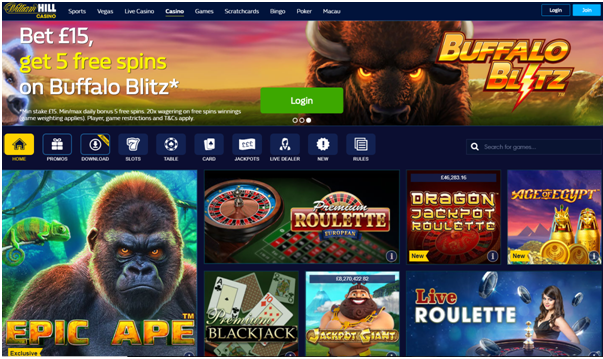 The UK gambling powerhouse William Hill has signalled it may sell its Australian business amid a wave of tougher government regulations, including a ban on credit betting and new state taxes on digital betting. Led by high-profile bookmaker Tom Waterhouse, the Australian outpost of William Hill has been operating since 2013, after William Hill acquired tomwaterhouse.com, Sportingbet and Centrebet.

Last month in January William Hill, the UK’s second-biggest bookmaker, told the London stock exchange that betting volumes were shrinking in Australia, and said it would be “undertaking a strategic review of their Australia business”.

According to news reports the popularity of digital sports-betting has been exploding in Australia, growing by more than 10 per cent a year. Many of the world’s biggest and best-known bookmakers, including Paddy Power Betfair, Ladbrokes, William Hill and Bet365 have moved into the market, making Australia one of the most competitive wagering markets globally.

But the country’s online-only bookmakers have been facing an escalating political backlash, with concerns about excessive advertising and problem gambling prompting a wide-ranging package of reforms, including a ban on offering “free bets” or extending lines of credit to punters.

Several Australian state governments have also moved to impose a 15 per cent “point of consumption” tax,  following concerns that internet and app-based betting companies do not face the same hefty taxes imposed on the country’s licensed retail providers.

The new tax means that, for the first time, the state where an online bet is placed will receive revenue on gambler losses. Australian gambling is an A$23bn ($17.7bn) a year business, and having a flutter on the horses, playing the pokies in pubs or visiting a casino is part of everyday life for many. Australian adults lose on average A$1399 per year on gambling — placing them at the top of the global league table in terms of spending on betting.

The online sites are facing increasingly difficult operating conditions thanks to government regulation. A blanket ban on free bets has essentially curtailed the ability to offer bonuses and incentives to customers.

“Given the credit betting ban in Australia and the likely introduction of a point-of-consumption tax in a number of states, it is clear that profitability will increasingly come under pressure,” the William Hill company told the stock exchange.

So far, point-of-consumption taxes have come into force in South Australia, before it begins in Western Australia in 2019, and in Queensland. Also Victoria and New South Wales are expected to introduce similar taxes.The looming new taxes and the newly sealed merger of Australia’s two biggest gambling companies, Tabcorp and Tatts, have forced online wagering businesses to consider consolidating in a bid to remain sustainable.

Another setback for Aussie punters

Although William Hill is yet to make any formal announcements, the move would be another blow for Aussie betting fans. In 2017, a ban on online poker forced major operators such as PokerStars to exit the market.

While there is hope the poker ban will be reversed, the current state of play suggests that the government is looking to tighten its hold over the iGaming industry further. For William Hill, these changes are the latest in a long-running battle with the Australian federal government.

The Interactive Gambling Act 2001 made it illegal for online bookies to offer in-play and live sports betting. To skirt the regulation, UK-based operators such as William Hill were able to direct customers from their website to a phone service.

This system allowed operators to offer live bets but escape any legal sanctions. However, despite being legal, the practice always irked those in the government who want to see less gambling online.

To address the phone betting dynamic, the Interactive Gambling Amendment Bill 2016 outlawed the practice. With in-play betting a huge part of every bookmaker’s bottom-line, including William Hill’s, the 2016 amendment was a significant blow for the industry. With the latest changes compounding the 2016 amendment, William Hill may now be forced to cut its losses in Australia.