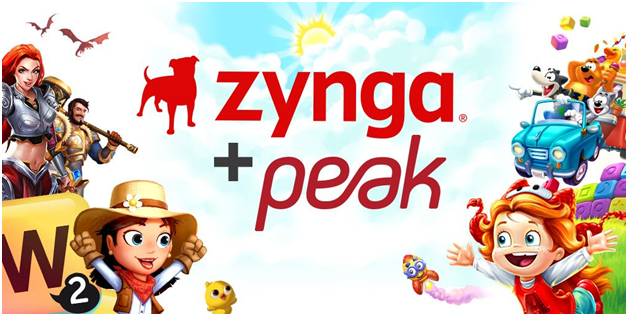 As COVID times have brought many punters to social gaming Zynga is buying Turkish mobile game developer for $1.8B. Social gaming powerhouse Zynga announced lately that it will acquire competitor Peak, a mobile gaming developer headquartered in Istanbul, Turkey.

It’s the largest acquisition of a Turkish startup in that country’s history. Also  it’s for a social gaming company that offers free-to-download and play mobile games, with in-app purchases responsible for generating Peak’s revenue.

Founded in 2010, Peak says it has more than 12 million average mobile daily active users (DAU), and that Toon Blast and Toy Blast are two of the top-grossing gaming franchises on iPhone.

Acquiring Peak will increase Zynga’s DAU by nearly 60 percent. Zynga says, on average, some 21 million people log in to their mobile games each day. The deal is scheduled to close in the third quarter of this year.

The coronavirus, which has kept people at home around the world, has helped Zynga’s recent performance and hit a record.

According to Zynga CEO Frank Gibeau, “It’s a strange time for the world. Games have really stepped to the forefront in being a great way to keep people connected and socializing and playing. So this is probably the most meaningful time in terms of what our products do for society.”

Peak’s Toy Blast and Toon Blast are puzzle-based games. In both games, players match cubes of the same color to explode blocks. They are similar to Candy Crush, a game developed and published by King, a social gaming company that was acquired by Activision Blizzard in February of 2016 for $5.9 billion.

Players can make various in-app purchases to improve their performance, such as boosters that assist in destroying the cubes and expediting the user’s ability to reach the next level.

With the addition of Toon Blast and Toy Blast, Zynga now are expanding its live services portfolio to eight forever franchises, meaningfully increasing their global audience base and adding to their exciting new game pipeline. In 2017, Zynga acquired Peak’s mobile card games unit for $100 million. The acquisition was for Spades Plus and Gin Rummy Plus, which, at the time, were the world’s most-played spade and rummy mobile games.

Zynga is confident Peak will elevate its ongoing revenues, but the initial costs will lead to reduced earnings per share. The company announcement included revised fiscal guidance for its full-year 2020.

Some of the popular Zynga games to play

All these games are available at app stores for free to download on your mobile smartphones to play and win.

Peak Games to play are: