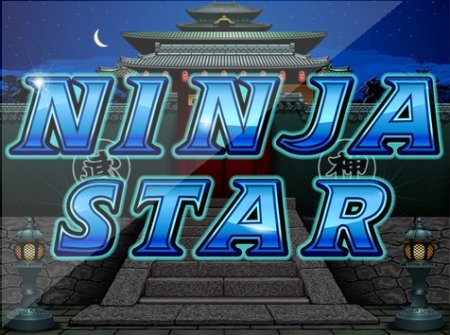 Play Ninja Star for real with any of the following sites:

Ninja Star slots is when the stacked wilds appear, on reels 1, 3, and 5, and when they do appear on all three reels; the extra winning combinations are a welcome gift to my game’s “Win” box.

The Ninja Star pokies Free Games feature is triggered by non-other than the Ninja Star symbol, with three or more symbols anywhere on the reels. Eight free games are awarded with triple the payouts, as compared to the main game symbol payouts.

During free games, the Logo symbols or bonus symbols will turn into either the Ninja symbol, or Ninja Star symbol; for extra wild payouts or a chance at more free games.

Three or more Logo symbols will trigger the Ninja Scroll Feature. During the bonus game, you have a choice to choose one of four top-row scrolls, which reveal a multiplied number as your reward. After a multiplier number appears, the scroll just below it will drop down to reveal the next action; either pick again, next level, or feature over.

The Ninja Star pokies bonus game can award up to three levels, with possibly higher multiplier rewards during each level reached.