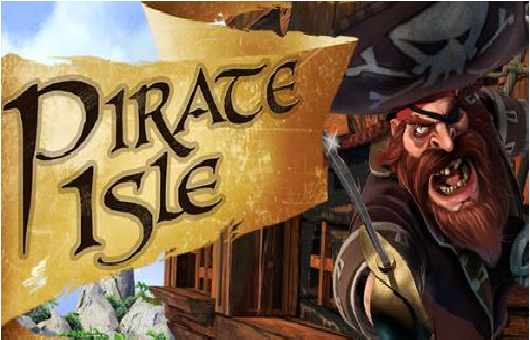 Play Pirate Isle 3D for real with any of the following sites:

Pirate Isle 3D  is a 5 reel 25 payline pokies with an Extra Bet feature. Sail on the high seas  and join Captain Red Beard and his band of pirates. On his ship you can never have too much treasure, even if it means sinking a whole fleet.  With several bonuses and prize winning combinations you will find stunning graphics and excellent music as you move through this game.

You’ll be introduced to the life of a pirate through wenches, treasure chests, cannons and much more. The symbols you want to aim for are the captain, the Jolly Roger and the wench. These have the highest payouts and you only need two of a kind. The second highest paying symbols are the pirates and the victims. As for the Wild symbol, which can stack the entire middle reel if it lands there, it’s the Skeleton Key. Last but not least, there are two scatter symbols, the Galleon and the Treasure Chest.

Three of the Treasure Chest symbols will unlock a screen with a map. On the map there will be 5 locations and you’ll have to choose one. Each location will have a different prize, but the biggest one you can get is 300 free spins. In order to get to the second bonus round you need to get 3 of the Galleon symbols. However, the extra bet feature needs to be enabled. In this round you’ll be facing off against another ship.