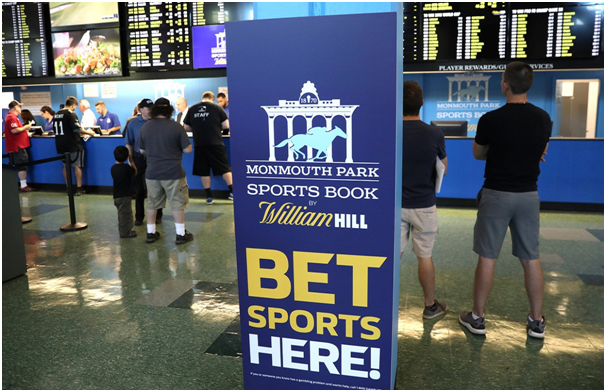 William Hill, the largest sportsbook operator in Nevada, is now up and running in New Jersey at the Monmouth Park Racetrack. Soon it will add a second location in the Garden State when its book at Ocean Resort Casino in Atlantic City.

According to the latest news from Reuters Joe Asher William Hill CEO said that numerous franchises in the “big four” of American professional sports have reached out to the bookmaker seeking sponsorship deals. Asher says he’s been “inundated” with emails and phone calls from interested teams in the NFL, MLB, NBA, and NHL. One of the most prominent franchises in the country inquiry call came prior to the Supreme Court of the United States (SCOTUS) repealing the longstanding federal sports betting ban last month.

In a 6-3 decision, SCOTUS found the Professional and Amateur Sports Protection Act of 1992 (PASPA) to run afoul of anti-commandeering interpretations of the Tenth Amendment. The majority of justices felt the federal government cannot command 46 states to adhere to rules that four others are exempt.

When PASPA was signed into law 26 years ago, Nevada, Delaware, Oregon, and Montana were granted specific exclusivities based on sports gaming laws those four states had on the books. But only Nevada had full-fledged sports gambling in 1992.

With PASPA a thing of the past, states like New Jersey that want to authorize and regulate sports betting can do just that. Analysts believe it will increase fan engagement, and subsequently grow various revenues related to the big four.

Leagues are looking for a cut, as they claim their games will be at a higher risk of corruption with widespread sports betting. But when it comes to individual teams striking deals with bookmakers like William Hill, MLB says that remains banned, at least for now.

According to MLB Deputy Commissioner and Chief Legal Advisor Dan Halem in a memo said that they have been informed that club television and radio rights holders are being approached by sports books to place advertising/enhancements. Pursuant to MLB policy, clubs must inform their rights holders that they are presently not permitted to accept such advertising. Clubs may not at this time enter into any relationship with a pure sports book, or with a casino,” Halem continued. “Commissioner Manfred intends to develop appropriate policies in this very complicated area.”

NFL policy lists “gambling-related advertising” under its “Prohibited Advertising Categories.” However, there are exceptions such as marketing tourism destinations like Las Vegas. Horse racetracks are also exempt.

William Hill and Monmouth Park partnered on a $1 million sportsbook at the racetrack in 2014. It has served as a sports bar since, as the PASPA legal battle played out. Few days ago, the sportsbook finally began taking wagers.

In Atlantic City, the Borgata was first to open its sportsbook, but others will soon follow. That includes Ocean Resort Casino, the former $2.4 billion Revel.

William Hill and the Boardwalk property teamed up after PASPA was repealed last month. The 7,500-square-foot sportsbook will be positioned in the middle of the casino floor. (Inputs from various news sources)